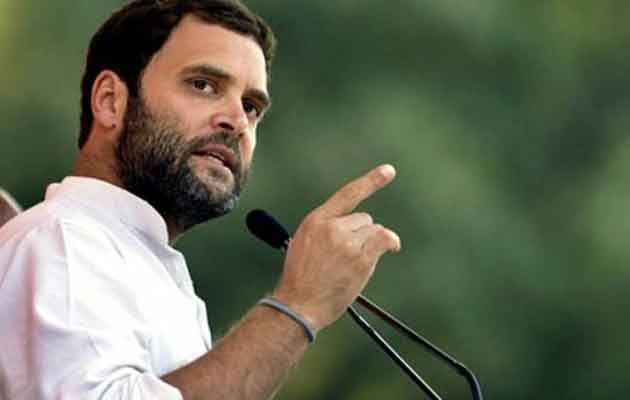 If criticism were a measure of success, we could say Rahul Gandhi is one hell of a successful man. Born in India’s first political family to Rajiv and Sonia Gandhi, Rahul Gandhi possesses a to-die-for lineage, but this very legacy and the fame that came with it seem to be his biggest undoing. His is a political career that began on a high note, when he gloriously won his father’s old Lok Sabha Seat from Amethi, Uttar Pradesh, but the career took a turn for worse, when the Gandhi scion failed to live up to people’s humungous expectations—as a Lok Sabha representative as well as in his role as the grand Congress party’s Vice President. People seemed to reject Rahul Gandhi-led dynasty politics on many other occasions, including two of Delhi Assembly Elections, both of which were claimed by the newly formulated Aam Aadmi Party (AAP). Despite trying hard to impress the masses and project a super-confident image, Rahul Gandhi, seemingly undeterred and unfazed by the public glare and open jeering and mockery while leading Indian National Congress’s 2014 Lok Sabha Elections campaign, had to admit the people’s mandate, when INC faced its biggest defeat in mid-2014. Later too, he was allegedly unsuccessful in salvaging the flailing hopes and fortunes of the party.

Now, back to the political scene after a 2-month sabbatical, Rahul Gandhi looks all charged up. However, people as well as the Congress party veterans and leaders are known to have their doubts. Here, Ganesha looks at the Gandhi scion’s Horoscope to predict the way ahead for him.

In Rahul Gandhi’s Horoscope, the Ascendant Lord Venus is placed in the 10th House (the House signifying profession). Also, currently the transiting Jupiter is moving over Rahul’s Natal Venus. This planetary vibe will add to Rahul’s charisma. Plus, given Jupiter’s backing, it is likely that now the ‘rejuvenated’ Congress Vice President shall make a strong effort to prove that he is charismatic enough to mobilize the masses.

Ganesha further notes that Mr. Gandhi is currently passing through the Mars Mahadasha and Saturn Bhukti, which will be followed by Mercury Bhukti. Mercury is the planet signifying communication, so this indicates that Rahul will manage to send a clear and confident message that he is capable of leading the party.

But, the debilitated Saturn in the 5th House from Rahul’s Moon is indicative of the fact that his path could be rather difficult, as the Congress too is passing through the Jupiter Mahadasha and Mercury Bhukti, as per INC Party’s foundation Chart.

This alignment, thus, clearly indicates that Rahul, in the present form of his Party organization and arrangement, cannot really succeed in making a mark.

Planets, though, further indicate that there will be a lot of organizational changes within the Congress Party, particularly after October 2015, and they may be instrumental in making Rahul’s presence more effective.

Conclusion
There look set to be some important developments in Rahul’s political career, wherein he shall come to assume greater responsibilities within his party, feels Ganesha. Rahul Gandhi is likely to assume the responsibility of the Congress party President, and the announcement may come any time between 15th July 2015 and 5th February 2016.

Overall, the stars portend that Gandhi scion will appear more confident as a party leader, and may also be able to bring positivity and hope to the sullen party. But, it won’t be easy for him to revive the Congress party’s political fortunes and change people’s perceptions about Congress.