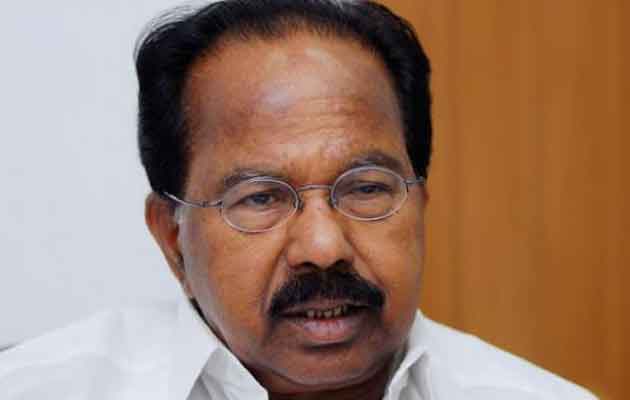 Veerappa Moily – veteran Indian politician from Chikkaballapur Karnataka, is a member of the 16th Lok Sabha. Moily was former Union Minister for Petroleum and Natural Gas in the UPA government, and ex-Chief Minister of Karnataka. Currently, Moily is General Secretary of the All India Congress Committee – in charge of Andhra Pradesh. This senior Congress party member and close adviser of Congress leader Sonia Gandhi was recently accused of plagiarism. Moily also confessed that he had taken some inputs from another article to write his own column in a newspaper. This incident has adversely affected Moily and the Congress Party. Hence, Ganesha peeks in to Veerappa Moily’s Solar Horoscope to predict his destiny…

The Senior Congress Leader has landed into a soup as THE HINDU (News and Media Organisation) has pulled back his article for plagiarism. So, THE HINDU is going to file charges against him even legally and this may create severe problems for this senior leader.

What do the planets indicate for Moily- the former Union Minister for Petroleum and Natural Gas in the UPA Govt?

Ganesha wishes a great time ahead to Veerappa Moily.

With Ganesha’s Grace,
Rantidev A. Upadhyay
The GaneshaSpeaks Team