Though Stars Seem To Favour Hillary, An ‘Ambush’ From Trump May Keep The Uncertainty Factor Alive

Though Stars Seem To Favour Hillary, An ‘Ambush’ From Trump May Keep The Uncertainty Factor Alive 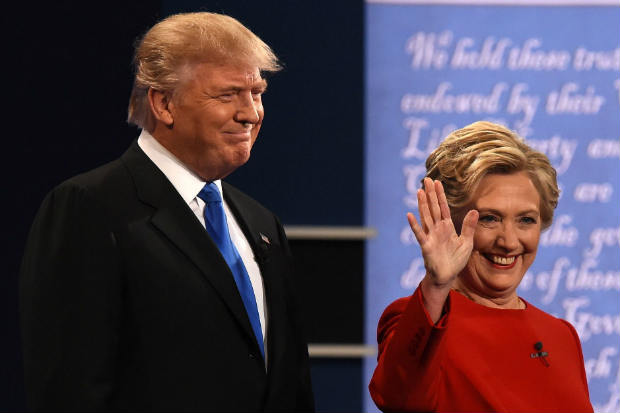 The race to the top position in the US politics is heating up by the day and the campaign between the two rival candidates looks more of a ‘political war’ rather than an electoral contest. Both the candidates – Hillary Bill Clinton and Donald John Trump come across as intriguing personalties, both strongly pitted against each other, trying all possible tricks and strategies to get the better of the other. Though the electoral scales seem to be tilted in favour of Hillary, the masses of the US do not seem to be completely convinced about her capabilities as the top leader. Trump on the other hand, in spite of the allegations being hurled at him, has managed to stay in the race, and cause problems for the Democratic biggie. But, surprisingly, in a recently conducted poll, Trump is reported to be leading by a few crucial points. The presidential debate trilogy is now over, and the D-day is just round the corner. In this article, Ganesha takes a look at the starry picture on the day of 8 November, 2016 and predicts how things may shape up.

Hillary Clinton is a Libra Ascendant personality with the formidable placement of Venus in the 1st House, in combination with the Sun and Mercury. The mutual exchange between the Moon and Saturn makes the chart very special. Moon also happens to be the Atmakaraka and its strong influence explains the tremendous mass appeal and support that she has been enjoying. Thus, all these factors render great charisma to her persona.

She is currently under the influence of Sun Major-period and Rahu Sub-period. Sun happens to be the Lord of the 11th house (House of gains). Rahu (North Node) is in the Sign of Taurus, where it does its best work. The transiting Jupiter will be aspecting Natal Rahu (North Node) which will help her to overcome impediments. But, Rahu (North Node) in the 8th house (house of adversities) also indicates sudden reversal of fortune.

Considering these factors, she will be able to progress well, but it will be very tough for her to tackle the strong opponent.

In Trump’s Horoscope, the Ascendant Sign happens to be Leo, which is one of the most confident and aggressive signs. The Ascendant Lord – the Sun in the 10th House (House of power and fame) indicates his abilities to gather support and admiration. The Sun’s conjunction with Rahu (North Node) magnifies the  influence of the former. Mars – the Yogakaraka, is placed in the Ascendant.

The Sun-Rahu (North Node) conjunction in the 10th House indicates that he likes to think big. It also correlates to his penchant for exaggeration and antics. He can be capable of compromising and walking away if the results don’t comport with his formula for success. Despite of it being a strong Rajayoga, however, this conjunction in the 10th house creates obstacles in his path towards ultimate success. It also indicates controversies and setbacks.

Trump is currently passing through the Rahu Major-period and Mars Sub-period. Both the planets are involved in Rajayoga which indicates rise in his popularity and status. As the transiting Jupiter is moving over the natal Jupiter, he can be a formidable force.

But, the transiting Saturn moving closer to Natal Moon may create hurdles and is likely to bring some disappointments.

On the election date, the transiting Moon will be in the Sign of Aquarius along with Ketu (South Node) and all the planets will be hemmed in between Rahu (North Node) and Ketu (South Node). So, this election will be a highly fierce one and some states may witness a highly competitive atmosphere – more than what would have been seen in recent years. The dominant influence of the nodes also indicates a ‘surprise element’, ‘unpredictability’ and ‘unexpected results’ in this election.

The voters in important states would be quite divided in their opinions and this will have a dramatic influence on the electoral fortunes of the leaders. Are you also confused about what’s the right career or business field? Then get the appropriate guidance with our exclusive report – Suitable Career and Business Fields. But, these aspects will make the contest very interesting. This election may be more about voting against a candidate than for one. Negative emotions will be powerful motivators and victories in some states will be marginal.

Trump would do better than many of his dismissive critics suggested. There is also a probability of an unforeseen event taking place or Trump’s late surge against Hillary. But, the impact might be too late to fully reflect in the results. Overall, chances of Hillary Clinton winning the election are higher, says Ganesha.