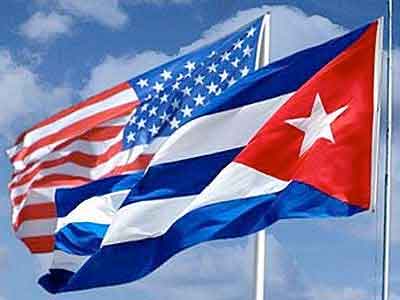 The United States and Cuba formally agreed this week to restore diplomatic relations on July 20, 2015, setting up a trip to Havana by John Kerry, who would become the first US Secretary of State to visit the country in 70 years. US President Obama noted that ties between the countries were severed in the year he was born, 1961. A long battle of subterfuge and outright aggression followed as Cuba closely aligned with the Soviet Union, nearly leading to a nuclear war in 1962 over Soviet missiles stationed on the island. Isolating Cuba – part of the Caribbean archipelago – had been a foreign policy pillar under 10 US presidents, continuing long after the fall of the Soviet Union in 1991. Washington’s allies have consistently flayed the policy, and Obama declared that it had failed to promote democracy or improve the lives of Cubans living in a one-party state, and now they are set to change all that by re-establishing diplomatic relations.

Astrological comparison of the Charts of both Countries.