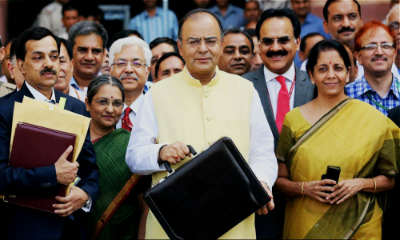 From hoping for profound reforms, grants for agricultural research and infrastructure, cash subsidies, credit augmentation and insurance for farmers, to an enhanced and keen focus on digital, e-commerce sector, reforms like excise roll-backs in the auto sector to extremely defined expectations from the banking budgets, the wish-list for this year’s Union Budget 2016-2017 looks unending and very ambitious!

The previews say, that this year’s Union Budget 2016-17 shall be aimed at spurring domestic economic growth, maintaining fiscal discipline and improving centre-state relationship. Aiming to strike a balance between economic growth and fiscal discipline – the honourable Finance Minister Shri Arun Jaitley will present the Union Budget 2016-17  on 29/02/2016

The Budget shall be instrumental in effectively channelizing the government’s or rather the nation’s resources to achieve a two digit economic growth rate under the leadership of PM Shri Narendra Modi – thus, taking a concrete step towards fulfilling the dream of Achche Din.

But then, these are just speculations! What exactly should one expect from the upcoming Union Budget? Will the Indian Finance Minister, Mr. Arun Jaitley, have good news for all? Or, will only a few chosen ones and sectors get the special treatment? Ganesha analyses the Chart of the Independent India, juxtaposes it with the planetary picture applicable on the day of Budget announcement, and puts forward some interesting observations. Read on to find out the astrological analysis of the Union Budget 2016-2017 and its possible impact on various sectors. Let’s take a look at what Ganesha has to say about the big event…

Mars – the planet of energy and force will be entering its own Sign Scorpio on 21st February, 2016. This transit of Mars will be an unusual one, because, instead of completing its journey in one Sign at a time, this planet will be shuttling between the Signs  Scorpio and Libra. Also, this transit of Mars will be marked with a retrograde-direct-retrograde motion in it’s travel between the two Signs. On the 18th of September, 2016,  Mars will be in it’s completion phase of this transit residing in the Sign of Scorpio.Though, Mars usually stays in a sign for approximately 45 days, during this transit, it will remain in Scorpio for 7 Months! Thus, Mars will be travelling between the 6th House and the 7th House of India’s independant chart. Because of this, in this year’s buget, the following areas are likely to be more in the news

Till now, the Union Budget has been presented 84 times. On the 29th of February, 2016, the Moon will be in the Sign of Libra and in the Visakha constellation. Of the 84 times, in the past, there have been 3 occasions on which the budget was passed on a day with a similar placement of the Moon.

Speaking of the Stock Markets,

The dates likely to be highly active, marked with wide-fluctuation and volatility in the month of MARCH-2016 shall be:  2, 9, 23

Here, Ganesha also gives you a list of the zero weightage dates, around which the times and trends are likely to be highly volatile, fluctuating, erratic and unpredictable at Nifty. Some undesirable events, such as earthquakes, tsunami, terrorist attacks, floods, etc. may happen around these dates, which would clearly and directly affect the stock market.

These volatile dates are :