The turbulence in the Indian Political Scenario set to continue, aver planets.

The upcoming General Elections 2014 in India have already started gathering a storm. There is a plenty of stir, especially post the 2013 Assembly Elections in the four Indian states, including Delhi. What happened in Delhi was for everyone to see – and however stunning and unexpected it was, it came as a whiff of fresh air. The fact that the AAP (the coveted and newly-formed Aam Aadmi Party) finally formed the government in Delhi and since then has been gathering dust and lots of negative publicity is another story altogether. Nonetheless, this surely has toppled many an election strategy, and would have far-reaching effects on the conduct and results of the upcoming General Elections. All in all, the Indian Political Scenario is turbulent right now. How will it be in the coming few months, especially because the Elections may be slated any-time post May 2014, that is when the reigning government’s tenure officially ends. Ganesha reads into the independent India’s Formation Chart to predict the way ahead – 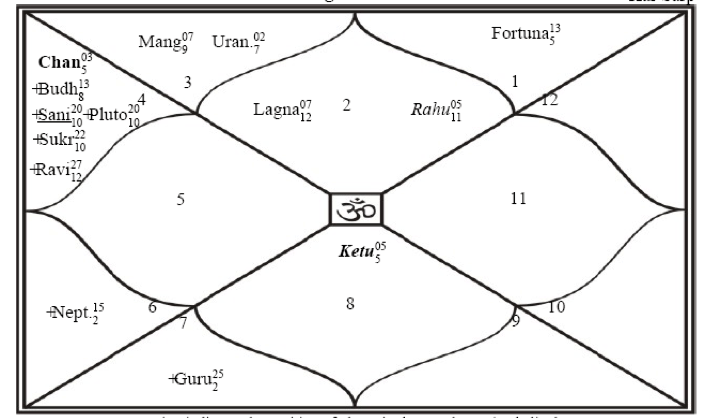 The planet of democracy, Saturn is currently afflicted by a negative planet Rahu in the Zodiac Sign of Libra. So, Saturn is largely unable to manifest its results strongly. This also implies that a nagging confusion will remain bothering the Indian voters.

The aggressive Mars will enter the Zodiac Sign Libra on 5th February 2014. Mars and Saturn both will be retrograde along with Rahu in March 2014. The conjunction of Saturn-Mars and Rahu in Libra will also bring malefic results. These planetary configurations indicate that the first quarter of year 2014 will be extremely dramatic and eventful for India.

India may go through political turmoils, terrorist activities and socio-economic problems. The celebrities, influential people of the society and politicians should also be alert, as they may invariably get involved in scandals. The events that may take place during the first quarter of the year 2014 will have a significant impact on the forthcoming general elections.

There is also a possibility of foreign conspiracy, which may create panic in India – and this may be done with a view to disturb the preparation for the upcoming General Elections. The disturbed planets are also indicative of a threat to the life of some leading political leader. And, the resulting tragic events may affect the nation, politicians and political parties.

Also, Venus, the Ascendant Lord in the of Foundation chart of India, is currently retrograde in Sagittarius. Venus is also afflicted by Saturn and Mars. As both the benefic planets Venus and Jupiter are retrograde, the Indian political scenario may continue to remain unsettled and turbulent. India’s democracy is going through a very important period, and the forthcoming elections may be fought under the shadow of the events that may take place during the first quarter of year 2014.