Tumultuous times ahead for the Republic of Italy, says Ganesha.

A country whose heritage includes Julius Caesar’s conquest of Rome and Michaelangelo’s celebrated Sistine Chapel, Italy has secured a permanent place in the annals of history. With the world-famous Leaning Tower of Pisa and the revered Vatican City, Italy has a rich cultural inheritance worth boasting about. A member of G8, G20 and NATO, Italy plays an important role in European and global military, cultural and diplomatic affairs. A shaky political scenario, natural disasters like volcano eruptions and earthquakes, the Mafia menace, and a sluggish economy keep the country’s government on its toes, although temporary redemption does come in the form of its innovative business sector and flourishing tourism. Be it pizza from Naples, or wine from Tuscany, or just designer threads from Milan, there are enough magnetic attractions in this stylish country to appeal to art lovers and elitists alike. What does the country’s future hold – prosperity or crisis? Read on to find out.Italy’s Horoscope 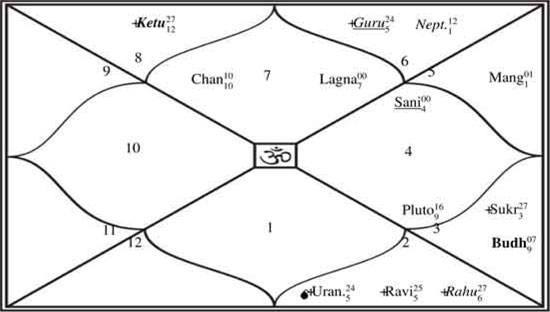 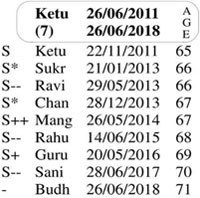 Astro Analysis
The astrological chart of the troubled country Italy carries all the indications of the havoc that it has faced in the last few months. Libra is the ascendant at 0 degrees in this chart, and Venus cohabits the 9th  House with Mercury. This placement of Venus is an excellent sign for international trade, indicating a positive tilt of the government towards commercial activities; this could be manifested through legislations, which favour trade.
Mercury is in its own House in Italy’s natal chart, and the benefits of this position can be felt in the fields of communication, literary matters, and commerce. An upsurge in innovation, research and development will take place. The government will make every attempt to formulate people-friendly policies, but they will face severe criticism through press propaganda. Trade disputes will also surface in a big way.
The 10th House represents gold policy, higher authorities, national leaders, the public sector, the Army, GDP growth and taxation. The Lord of this House, the Moon, is posited in the 1st House in Italy’s chart. This means the general condition of the country will improve vastly, and the attitude of the people may undergo a change. In a country’s chart. the 2nd House represents currency, liquid cash, National Savings Scheme, and economic growth. A reliable indicator of the financial fortunes of a country, it is said to signify commercial affairs, trade and share markets. The strength of this House denotes the stability of the banks and other financial institutions as well. An analysis of this House is important to clarify and foresee the country’s position in terms of its ability to bear expenditure and generate profits. Needless to say that this House and planets posited here will be crucial for the survival of Italy as an economic superpower. Unfortunately, Ketu that is a negative planet is posited in this very House (2nd House) in Italy’s natal chart (by birth itself).What Next ?Four planets, in the near future, shall exert significant influence on Italy’s chart.MarsGenerally, Mars remains in a zodiac sign for 45 days. However, the current period is an exception to the rule. Mars is currently transiting through the zodiac sign Leo, and it will remain here from 31st October 2011 and 21st June 2012, which is a really long period and may become a cause of concern for many. This transit, thankfully, may not adversely affect Italy. In Italy’s chart, Mars is the Lord of the the 2nd House that is the House of Finance, and the 7th House, the House that controls partner countries and international liaisons. Presently, in Italy’s chart, Mars is posited in the 11th House in Leo. A transiting Mars under benefic aspects is said to vitalize the functioning of a country. Thus, this slightly favourable transit may revitalize the country’s functioning. It may result in gains to Italy, possibly in the form of new affiliations with the neighbouring countries. Rahu and KetuAs already pointed above, Ketu’s presence in the 2nd House in Italy’s natal chart is a cause for concern. Currently, this is coinciding with Rahu’s transit through Scorpio (up to 23rd December 2012) in the 2nd House itself, the House of finance. This negative placement of planets may impede progress, especially in the areas of loan clearance and other credit facilities, leading to heavy outflow of currency. The financial situation in the country may worsen due to this detrimental planetary aspect. Lately, Italy has been facing a tough financial situation and public outrage. This strain may continue to exist until 14th December 2011. Post which a mild relief may be expected, but not for long, suggest the planetary positions.  SaturnFrom 16th November 2011 to 15th May 2012, Saturn will be in the zodiac sign Libra, and then from 16th May 2012 to 4th August 2012, it will remain in Virgo. Post that, until 2nd November 2014, Saturn will yet again transit through Libra. Such rapid planetary transitions may not yield favourable results. Such a transition is said to produce the tendencies of indiscipline, discontentment and turbulence. The transit may exert a considerable effect on Italy and its socio-economic order. The simmering discontent in the country’s people is expected to give rise to random acts of indiscipline, thus harming Italy’s public image. There may be widespread frustration and confusion in the public, and they may resort to violence out of sheer fear. The period between 18th April 2012 and 7th June 2012 is a critical one for the political scenario in Italy, and the country may be subject to some high-profile changes in government or bureaucracy. A similar planetary pattern happens in the month of August 2012, and Saturn is likely to cause some drama then too. Crucial Time Period – January 2012 to 7th June 2012;  August 2012; year 2013 With Ganesha’s GraceDharmeshh JoshiThe GaneshaSpeaks Team