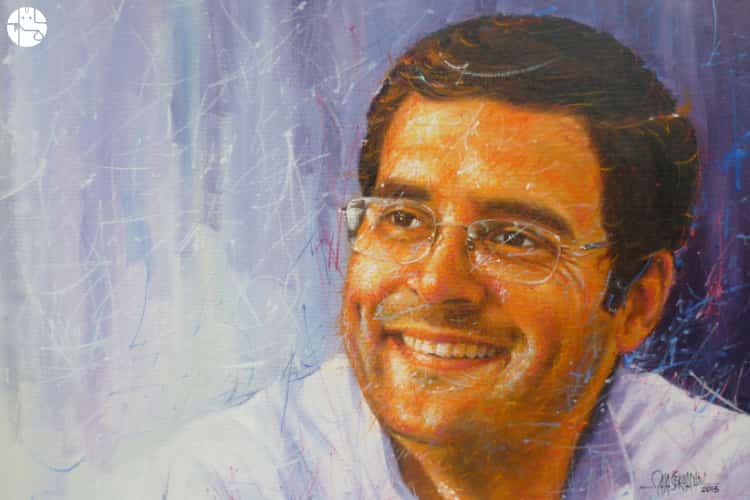 The Indian National Congress (INC) is going through some tough times, as it has already been almost two months that Rahul Gandhi has resigned from the post of being the President of the INC. Even though he wasn’t as popular for being a good political leader with the mass, it definitely, was a piece of news for the country, and people are keen to know the future of Rahul Gandhi after the resignation. Hailing from the Nehru-Gandhi family, the young leader was appointed for the position of the vice-president of the INC in January 2013. He later went on to become the president on December 16, 2017, but in vain, as the Congress party suffered one of its worst defeats under his leadership.

As far as his electoral performance is concerned, the young leader has usually stood from the Amethi constituency and won the 2004, 2009 and 2014 elections. However, the 2019 election was not in his favor which is why he just received around 43% of the votes and suffered a great loss against the BJP candidate Smriti Irani with a margin of 55,120 votes!

The journey of Rahul Gandhi, as an Indian politician, has seen a lot of ups and downs, especially after the rise of the BJP mastermind, Narendra Modi. With the rising popularity of Modi across the world, it was tough for Rahul to hold on to the Modi wave and come across as a competitor, at all! Not only did he suffer from a huge political loss, but he was also entangled in a series of allegations, which could’ve also played a major role in his downfall too!

To add fuel to the fire, Rahul Gandhi was even targeted by the BJP politician and economist Subramanian Swamy who had filed a corruption case against Sonia Gandhi, Rahul Gandhi and other associated people on November 1, 2012. The National Corruption Herald Case stated that both Sonia and Rahul committed fraud and took over land worth $ 16 Billion, by acquiring an unlisted public company called Associated Journal Limited (AJL). Furthermore, it is allegedly said that INC provided an interest-free and an unsecured loan of about 910 crores to AJL, which is illegal as no political party is allowed to lend money for commercial purposes.

To add further, there was another case against him of having a British Citizenship which created a hype in the media and elsewhere, in the year 2005-06 and again in 2016. Not just this, but there were rape allegations against Rahul Gandhi as well, but in vain as there was no real evidence to prove the same.

Lately, he has been shamed for not being able to make it to the funeral of Sheila Dikshit who passed away on July 20, 2019. She was a congress politician and one of the longest-serving Chief Ministers of the Indian state of Delhi who served for 15 years (1998-2013). Recently, he was in the limelight when he accused Modi of asking US President Donald Trump to mediate between India and Pakistan, in the matters of Kashmir.

Rahul Gandhi is born with Libra Ascendant. Venus is the ruler of Ascendant and it is placed in the 10th house. So, he was born with a silver spoon. But, Venus is hemmed in between malefic planets. So, Venus’s full potential is lacking and which is why he hasn’t been able to create a mass appeal as well. As Jupiter was placed in the Ascendant, Mercury Vargottama and Sun-Mars conjunction in the 9th house, he was able to reach the powerful post of being the Congress President, but, there was no prominent Raj Yoga from the Ascendant. Also, the Yogakara Saturn is debilitated and that is the reason why his career, as a political leader, has also been a roller coaster ride!

As of now, he is currently under the influence of Rahu Mahadasha and Rahu sub-period. Rahu in the fifth house indicates that he is not so clear with his vision. It also indicates that the rift between his colleagues may bring some confusing situations as well. Also, he is passing through the mid-phase of Sade Sati. So, his path will remain difficult, with confusion, doubts, and insecurities that may not allow him to settle down so easily. As per the Indian Astrology, the transiting Saturn-Ketu conjunction in Sagittarius can bring some teething problems too. It may not give him success appropriate to his efforts. Some old legal issues might also disturb him!

Although Rahul Gandhi’s resignation as the Congress President is inevitable now, he may still remain active in political matters. As the transiting Jupiter is aspecting both the 10th house and Venus, he might as well also launch some programs to revive the fortune of the grand old party. He will appear more confident and will also take some decisive steps after November 2019. Jupiter will give him the strength to get him some success as well. It will be very important for him to remain positive and take advantage of the forthcoming favorable transit of Jupiter. Once he is out of the clutches of Saturn’s Saade Sati, he will emerge as a stronger leader and an efficient politician, after February 2020, says Ganesha!

The Future of INC

Now, with Rahul Gandhi’s resignation as the President of the party on July 3, 2019, he stated, concerning the Lok Sabha elections, that “accountability is critical for the growth of the party”, which says a lot about his struggle and responsibility as a leader. Therefore, the Indian National Congress may have a tough time with all the changes happening in the party. Congress will either have to reject his resignation or may have to move on and select another President/leader to drive them towards their goals. But who will replace him? A lot of people think that this may be an opportunity for Priyanka Gandhi, the sister of Rahul Gandhi, to step in, take it over and lead the Indian National Congress! Furthermore, with almost five important state elections to be held in the coming one year, it will be very essential for INC to take its stand and choose its kingpin, as such uncertainty will slither the development of Congress to fight back the BJP. They also have an option to select an interim president, till the leadership is not finalized. But with how INC is running right now, it will have to up the game to come back in the competition. Let us see what happens next and how the game changes of the future of Rahul Gandhi after his resignation, as well as the INC from now onwards!

Want to know more about your future? Talk to an Indian Astrologer now.