The beginning of fall of Musharraf regime 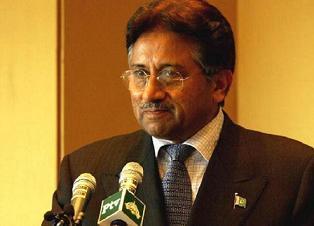 General Pervez Musharraf has suspended the country’s constitution on 3rd November and imposed a state of emergency in Pakistan, as indications were that the Supreme Court might consider his recent re-election as a President of the Pakistan illegal.Pakistan’s national chart reflects a growing rebellion tendency and uncertainties very clearly. Pakistan is currently under the influence of Ketu Mahadasha and Mercury Bhukti. The transiting Rahu is in the eleventh house and Saturn is aspecting it and the influence of Ketu Dasha seems to have imposed such radical change and the effect is more acute due to Ketu’s placement in the eighth house. Mercury is the third and sixth lord, which signifies Media and the transiting Mars is also moving in the 3rd house currently. There is no wonder the growing opposition and pressure from media was one of the prominent factors for imposing the emergency. In D-10 chart, Mercury is in the eighth house with Jupiter and Sun, Moon and Saturn aspecting it is an indication of the fall of governmentThe Hindu New Year horoscope of Pakistan is almost same as India. The mutual opposition of Mars and Saturn is not a good sign for both the countries. Violence will take place in both countries with terrorists spreading it. In the Hindu New Year horoscope of Pakistan, the afflicted Navmansa is clear indication of trouble to the judiciary. The ninth house lord Jupiter in the eighth house is bad for religious and judicial matters and this is the root cause of confrontation with judiciary that ultimately led General Pervez Musharraf to emergency.The beginning of Venus Mahadasha will cause a significant change in the administration of Pakistan and a change of government is foreseen in first two months of year 2008.In the absence of the confirmed horoscope of General Pervez Musharraf, the time frame of his fall cannot be predicted very precisely but transiting Rahu may create tremendous problems for him. A judicial inquiry and legal harassment seem almost inevitable against General Pervez between May and August 2008. It’s a beginning of the fall of Musharraf regime and the General will have to be very careful from 21st December 2007, as the period looks fatal for him. General Musharraf is now entering into a critical period of his life and coming days are looking grim and fatal for him.May Lord Ganesha bless Pakistani people and help in restoring peace in the region.Ganesha’s Grace,Tanmay K.ThakarThe Ganeshaspeaks Team