The Future Prediction for Sachin Pilot in Rajasthan Election 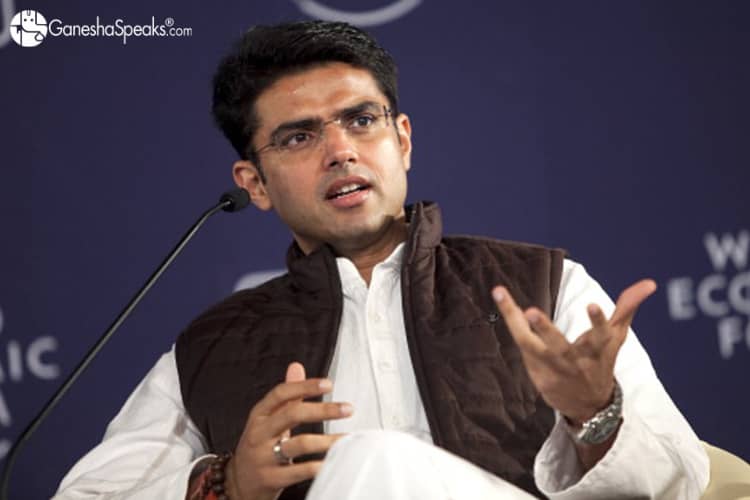 Indeed, politics is one of the most dynamic arenas of the social structure. There is always some or the other movement taking place therein. And this aspect makes politics more interesting, isn’t it? An important characteristic of this unceasing change is the emergence of new, young leaders. Young leaders bring in new enthusiasm and energy to the entire system, which may change the national and regional scenarios for the better. Well, Rajasthan politics is witnessing this change. Congress leader Sachin Pilot is gaining prominence which may be at the cost of senior party leaders like Ashok Gehlot.

As we know, Sachin Pilot is a politician and a prominent member of the Indian National Congress. He was a member of the Indian Parliament at the 15th Lok Sabha, representing the Ajmer constituency of Rajasthan. He was also the Minister of Corporate Affairs in the Second Manmohan Singh ministry and is currently the President of the Rajasthan Pradesh Congress Committee.

As Rajasthan goes to polls on 7th December 2018, observers are keenly watching the developments. Sachin Pilot is even being seen as a candidate for the post of Chief Ministership. What will be the outcome of this poll, nobody knows for sure. But certainly, this contest between the two major political parties BJP and Congress will draw a lot of interest and excitement. An added angle to this upcoming election is the rise of Sachin Pilot. Also, know all about 2019 Lok Sabha Election Prediction.

Sachin Pilot is the son of the late Rajesh Pilot, who was a very prominent leader of the Congress party. What will be the future of Sachin Pilot? Can he help his party defeat BJP in the soon to come election? This question may be answered by the poll pundits differently. But Ganesha has analysed this issue astrologically. Here is what the stars say about the upcoming election and prospects of Sachin Pilot. Read on and know the future:

Sachin Pilot is currently under the influence of Saturn Mahadasha and Venus Bhukti. The 10th house Lord Venus is in Parivartan Nakshatra with Mercury. Saturn is Atmakarak and transiting Jupiter is aspecting both Saturn and Venus. Besides, Jupiter is aspecting the 10th house. Transiting Rahu is passing through the 12th house. And transiting Saturn is passing through the 5th house.

Confidence Will Make Him Take On BJP

Sachin Pilot is passing through a favourable phase in his political career. He will be full of confidence and will take on BJP with full enthusiasm. If the election is a battlefield, then he may turn out to be a fierce warrior. Are you facing problems in career? Buy the Career Ask A Question Report and get the golden guidance.

Will Shoot Into Prominence

Sachin Pilot will strike a chord with voters as foreseen by Ganesha. He will influence the voters for Congress and against BJP. His prominence will be acknowledged and he will gain more respect in Congress party circles. In fact, his influence in swaying the voters may change the fortunes of his party Congress as per his zodiac sign Virgo.

His Charisma Will Heighten

His charisma will come out with full force as per Astrology. Sachin Pilot will turn out to be a great leader and may be instrumental in boosting his party’s prospects. In fact, he may even come out as one of the strongest leaders in his party. Are you facing relationship issues? Avail the Relationships Ask Question: Detailed Advice Report.

Chances Of CM-ship Are Bright

The prospects of him becoming the CM of Rajasthan are bright. Planets are supporting him. However, there is one concern. Transiting Rahu may create some resistance. Other prominent leaders from his party try to obstruct his success. This may create added challenges for Sachin Pilot. Congress is striving to revive itself in Rajasthan. Besides, a tough fight is also expected between Congress and BJP in MP election.

4) How Will Allahabad Being Renamed Prayagraj Impact The City