Sidhu May Swing It Big In Upcoming Elections, But A Political Century Seems Unlikely

Sidhu May Swing It Big In Upcoming Elections, But A Political Century Seems Unlikely 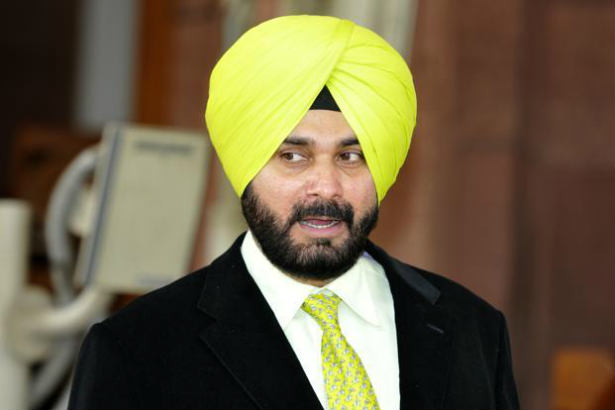 “Troubles are like babies, the more you nurse them, the more they grow.”

– Said Navjot Singh Sidhu – the man with a funny bone, which can literally make a person roll on the floor laughing. The man with the colourful turbans and the extraordinary poetic calibre, has been there and done a lot. Being a highly explosive batsmen, he was one of the bright performers during the 1987 World Cup and later went on to become the first Indian to score more than 5 centuries. Though he played for only one team in his cricketing days – India, things in the political sphere seem to be a bit different. He has joined Congress after ending his 12-year association with the BJP. In this article, Ganesha takes a look at his stars and predicts how things will shape up in the near future.

The planets scoring a lot of boundaries in Sidhu’s Chart?

Ganesha notes that there are a lot of strong planetary configurations in Sidhu’s Birth Chart. The multiple planetary highlights indeed make him a colourful personality, with various talents.

Venus is placed in its own Sign and is in conjunction with the Sun. The strongly placed Venus explains his ability to effortlessly grab the limelight and enjoy great popularity. The Sun-Venus combine renders a lot of charisma and enables him to achieve considerable success in the field of politics. Moreover, this very strength of Venus explains his continuing presence in the entertainment industry and his entertaining abilities.

Mars in own domain – rendering the unlimited fire:

Sidhu has He has Moon placed with Mars in Scorpio Sign. So, he is dynamic, aggressive and spontaneous. But, he is choosy about people and can sometimes be stubborn. It is his strong emotions, views and intuition which generally guide him to take vital decisions and stand firm against the opposite views.

Jupiter and Saturn in own Signs:

Jupiter and Saturn are placed in their own Signs – Pisces and Capricorn respectively. The heavyweights being placed in strong positions indicates great strength of character and leadership potential. This factor has probably helped him to sustain his fame and influence for a longer duration. Due to the blessings of both these planets, he is able to enjoy widespread fame, that too on various platforms. One thing is to be noted that both these planets are retrograde in his Chart. Due to this, he will be unorthodox and unconventional in his approach and he will not hesitate in trying out new methods and ideas.

The stars seem to be indicating a mixed year ahead for Navjot Singh Sidhu. But what about yours? Find out all with the exclusive 2017 Yearly Report for FREE!

Planet Mercury – the planet of intelligence, humour and mental agility is exalted in the Birth Chart of Sidhu. This placement blesses him with a wonderful sense of humour and sharpness. Mercury and Venus are both powerful in the Horoscope of Navjot and this bestows upon him the skill to create poetic marvels out of thin air.

“The ball slipped from his hands like butter from hot parantha.”

A glance at the events likely to follow in Sidhu’s life:

From November 2014, Saturn has been transiting over the natal Moon and Mars, which has been creating a some problems for Sidhu; his health suffered during one period, and then started the problems at the political front. However, Saturn will have changed Signs in some time, which will act in his favour.

On the other hand, Jupiter is passing through a favourable position, which will provide quite a conducive environment for him to make good progress on the political plane. He will be able to devise effective strategies and new concepts, which may increase the support in his favour.

Jupiter’s transit will be more favourable post September 2017 and with this support, he will be able to play an important role in Punjab politics. It also indicates a strong chance of getting success in forthcoming assembly elections of Punjab. However, the impact ot transiting Saturn indicates that his political fortune will remain variable and despite a strong performance, his political desires may remain unfulfilled.