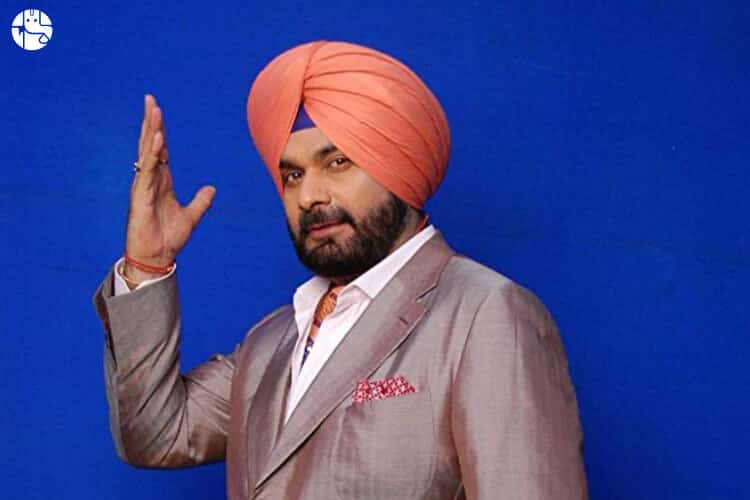 It is time for Navjot Singh Sidhu to wear his birthday cap and throw a party. Navjot – an extremely popular celebrity in India will turn 56 on October 20, 2019. Being a successful cricketer, entertainer, and Politian, Navjot Singh has experienced various phases in his life. His entire journey so far is not less than any Bollywood movie. If you are wondering about the political future of Navjot Singh Sidhu, we will shed some light on it as well in this birthday prediction.

He was born into a Jat family in Patiala. His father was a cricketer and always dreamt the same for Navjot. After fulfilling his father’s wish and retiring from Cricket, Navjot moved towards politics. Navjot Singh has a successful political career and has always been in the news for his comments and statements. Some people adore him for his open-heartedness while some complains about his blunt and rude opinions. Whichever side you belong, Navjot Singh Sidhu is one of the most interesting personalities in the history of India. Also, He is a true example of jolly Punjabi spirit. Let us find out what is next in Navjot Singh Sidhu horoscope.

Using the below details, we have prepared his Birthday chart to help you with a brief prediction about how this year will be for him. Want to know how the coming year looks like for you?Avail our 2020 Detailed Report!

Due to the unavailability of the exact birth time, we are using the Surya Kundli (placing Sun in the Ascendant) for the prediction. Here we have future predictions for Navjot Singh Sidhu Horoscope by Date of Birth.

He is born under Libra ascendant and Libra Moon sign. Ascendant Lord Venus is present in its own sign in ascendant along with Sun and Moon. Strong position of Venus makes him an all-rounder personality. The combination of Venus and Moon makes him jolly and expressive. He is good in poetry. This combination also makes him popular in public and win the heart of his followers.

Saturn is making a Shash yog, which is one of the Panch Mahapurush Yoga. This gives him name, fame and wealth. Whether in cricket or comedy or politics, he will always remain in limelight. This yoga along with Venus and Sun makes Navjot Sidhu’s political future very bright and active. However, presence of Mars in Scorpion sign in second house of his speech makes him aggressive and dominating. His quick and witty talks leave people answer-less. This makes him stubborn and a strong opponent of wrong things. Navjot Singh Sidhu’s political career as per astrology is going to be very challenging in his new year. The mercury is exalted in chart that will bless him with great reasoning, intellectual power and good sense of humor. He is knowledgeable and expressiveness will help him with great future in politics. He knows how to use proper words in his speech to make it effective. Thus, we can say that Navjot Singh Sidhu’s political career will enjoy great success. Similarly, the strong position of Jupiter and Saturn makes him a successful person in various aspect of the life. Both are the biggest planet and helped him to sustain name and fame for long duration. Their retrograde state gives him unusual thinking and he will like to attempt new things in his life.

As his birthday is on October 20, he will enter into his 57th year. This birth year will remain favorable for him. The disputes and misunderstanding raised earlier will fade and he may find some positive influences in his life. There is a chance of great come back in career. The transit of Jupiter from October 2019 will bless the 11th house and help in getting profits. Since Saturn is still an aspect of natal Mercury, he should be careful in giving any statements. Transit of Saturn and Ketu aspect on the ninth house on luck and cause hardship in his life. The transit of Saturn demands strict discipline in his action and speech. From February 2020 transit of Saturn will aspect on tenth house of career and help in getting new opportunities in career front.

Navjot Singh Sidhu horoscope prediction this year will be beneficial and favorable. His image will improve in public and he will get his fame back.

Ganesha wishes Navjot Singh Sidhu good luck and a bright future ahead to their journey.