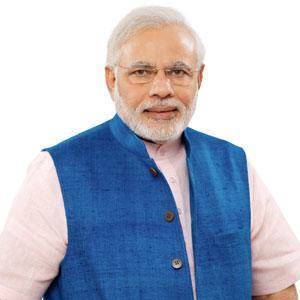 Narendra Damodar Bhai Modi is an enigma, despite what his detractors say or believe, and he has proved this much beyond the usual in the last one year. If he was charismatic and at his oratory and PR best as the Indian state of Gujarat’s Chief Minister, he is beating his own records each day now as the reigning Prime Minister of India. He may have a super built PR machinery, which works ahead of him, yet his own capability as a mass leader is unquestionable. Here, Ganesha looks at the inimitable Indian Prime Minister’s Birth Chart to predict how his year 2015 shall be. Read on!

From the beginning of the year 2015, the natural benefic Jupiter will be transiting through the 10th House of Modi’s Horoscope. This factor indicates a further rise in his popularity and in the number of his followers too. Also, it is an indicative of bigger achievements and magnanimous gestures. Thus, it is likely that Modi will continuously put extra efforts to forge stronger relationships with the developed countries.

However, Saturn’s transit over Modi’s Natal Mon and Mars indicates that he will be more secretive, even vindictive, opinionated and aggressive in his work. Nonetheless, Modi’s action oriented approach will help him accomplish to a great degree whatever he undertakes. Strategic implementation of some new policies may also be seen through the coming year 2015.

As per Ganesha’s view, the influence of Jupiter’s transit through the Zodiac Sign Leo is also likely to encourage growth, efficient practices and effective governance. It will also help in keeping the corruption down. Strong and concrete steps may also be taken to boost the overall economical growth of India. It is also likely that there may be immense activity in the field of communication and transport, agricultural, trade and commerce, business, media, publishing industry, stock market etc. after PM Modi’s visit to the United States of America.

During the latter half of the year 2015 (July to December), the transiting Rahu will be approaching the degrees of Natal Ketu and Sun in the 12th House in Modi’s Natal Chart, which may cause some serious issues related to his health and fitness. During the same time, perhaps, the nation’s relations with some foreign countries may get spoiled. Modi will need to be careful in these months.

Also, Saturn’s transit over Modi’s current Dasha Lord Moon may bring major reformations or transformations at his party (BJP) level. However, this planetary event may also bring new challenges in his path.

All in all, Ganesha feels that the year ahead, despite challenges, will turn out to be excellent for Narendra Modi as the PM of India. He may also be able to establish social, religious and cultural harmony in India.