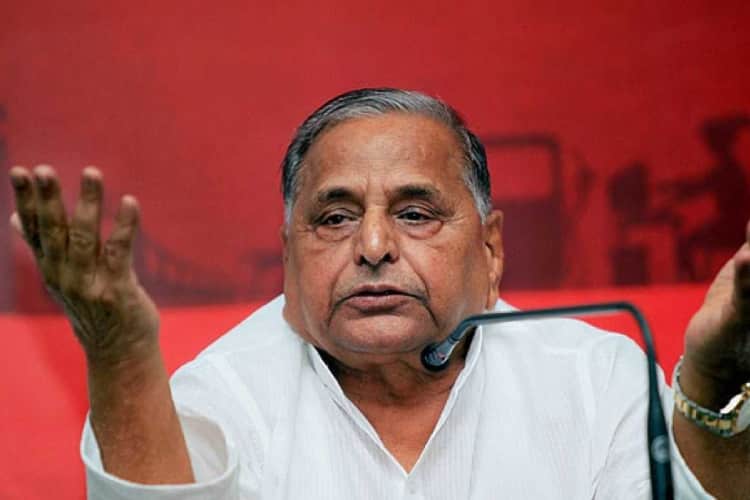 Politics is complex, politics is interesting, isn’t it? It is an ever happening, eventful arena of society. Well, we have witnessed interesting political developments take place in Uttar Pradesh in the last few years. Of particular interest is the internal feud in Mulayam Singh Yadav’s extended family. This infighting eventually resulted in Mulayam Singh Yadav being ousted from the presidentship of Samajwadi Party (SP) and his son Akhilesh Yadav becoming the new national party president.

Mulayam Singh Yadav has served for three non-consecutive terms as the Chief Minister of Uttar Pradesh from 1989 to 1991, 1993 to 1995, and 2003 to 2007 respectively and also served as the Minister of Defence of India from 1996 to 1998 in the United Front government. He currently serves as the Member of Parliament in the Lok Sabha from Azamgarh.

Most of us know that Mulayam Singh Yadav has influenced the politics of Hindi heartland for several decades and in spite of being virtually ousted now from SP by his son Akhilesh, Mulayam continues to be an important political factor in Uttar Pradesh.

Mulayam Singh Yadav has had a successful past. However, his present seems tough and difficult. How will his future unfold? Can he rebuild his lost fortunes? How will be his equation with relatives and party members in the time to come? Are you interested in knowing his future? We have the answers to your questions. Ganesha has invoked astrology, analyzed Mulayam Singh Yadav’s horoscope and foreseen the future. Read on to satisfy your curiosity:

Planets Have Made Him a Big Leader

The ascendant Lord Moon is placed with Jupiter in the 9th house. This has formed a strong Gaja Keshari Yoga. Besides, a powerful Jaimini Raj Yoga is formed in the 5th house due to the conjunction of Atma Karaka Venus and Amatya Karaka Mercury. Saturn and Mars have exchanged positions. This combination has given him the fire to become a big leader.

These planets will continue to support him in the days to come. He will retain his energy and enthusiasm. But will his energy be able to beat the big challenges that will come his way? It remains to be seen, as per the stars.

Will Try To Recover His Lost Ground

Mulayam will continue to remain active in politics till February 2019. However, the phase after mid-February 2019 may not be as smooth for him, predicts Ganesha. He will try to recover his lost ground. He may work hard to gain back his old glory, which he lost after his son Akhilesh removed him from presidentship. Want to know more about your relationships? Buy the Relationships Ask 3 Questions Report.

Planets May Eat Up His Positive Vibes

The transiting Saturn is in conjunction with Ketu in Sagittarius. This may have a dampening impact on his political status. His positive vibes will be eaten up by the malefic influence of planets. Do you want to know if your planets will support you as far as your wealth is concerned? Buy the Wealth Ask A Question Report.

He May Face Some Health Issues

Mulayam’s life may become more difficult between March and August 2019. His health too will require extra care during this phase, foresees Ganesha. His charisma will remain intact however his political influence will decline 2019.

But, Mulayam Singh Yadav is under the influence of Mars Mahadasha and Jupiter Bhukti. So, he will have some planetary support. Despite some serious problems, he will continue to play an important role in Uttar Pradesh and Indian politics.