Man Vs Wild with PM Modi, what GaneshaSpeaks has to say! 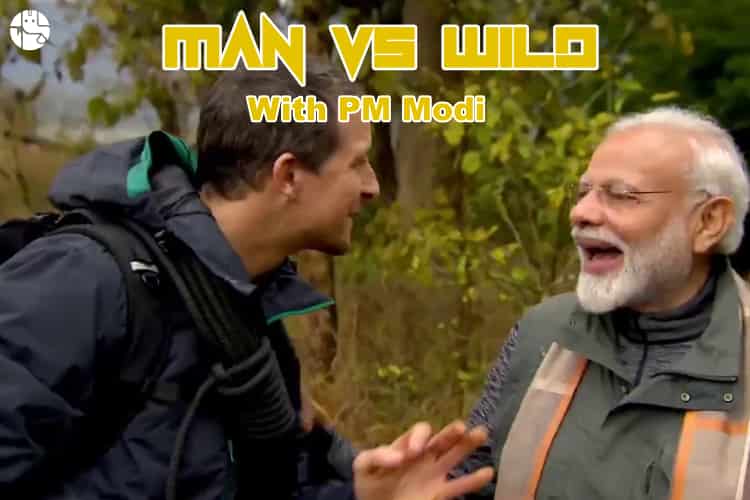 India’s Prime Minister Narendra Modi is going to be featured on Bear Grylls’ popular TV show Man vs Wild. People across 180 countries will watch Narendra Modi in a never seen avatar with Bear Grylls as he ventures into Indian wilderness to create awareness about animal conservation & environmental change.

The episode on Discovery Channel featuring the Prime Minister along with survivalist and adventurer Bear Grylls is shot Uttarakand’s Jim Corbett National Park and throws light on the importance of protecting wildlife.

Modi is known for being media savvy and using new avenues to reach out to the younger generation.Take a look at what Ganesha has predicted about PM Modi’s Discovery TV episode:

1. Whether he would succeed in his attempts to create awareness about animal conservation & environmental change?

PM Modi is passing through Moon mahadasha, and natal Moon is placed in Saturn’s constellation. As it is his Atmakaraka Planet positioned in Leo sign, it makes a perfect combination for Modi to leap promoting awareness for animal conservation and environmental change.

Want to know what kind of future will you have? Click here for free astrology reports.

2. How will the world react on August 12 to Discovery’s man vs wild show featuring the different side of PM Narendra Modi?

As stated, he is passing through Moon, and Mercury Dasha cycle and because Mercury is placed in the 11th house from natal Moon, he is likely to get a big applaud and appreciation from his fans and followers. Even his opponents and adversaries will not have any word for criticism.

3. How and what would be the impact on his political life after this show?

PM Modi’s attempt in promoting awareness for animal conservation and environmental change will not have anything to do with his political career. In other words, this will neither have a favourable nor unfavourable impact in this own political career. As his natal Sun, Mercury and Ketu are in close (Orbital) conjunction; his attempt shows the unseen side of Narendra Modi. This combination shows that he is an environmental lover and has a deep love for nature and the environment.

Are you concerned about your career growth? Ask our astrologer!

4. What would be the impact in the international market with this adventure?

As far as international impacts are concerned, the ongoing Dasha cycles represent definite achievements and he would be in a respectable position in his political circle. Internationally, people from various regions and countries will honour him and will give respect as he has worked very hard to make such an appeal. Everyone will support him, including government authorities as well as luck.

In short, this would be beneficial to gain national as well as international respect in life. There would be an appreciation of his efforts and rewards too.

Narendra Modi will be seen with adventurer Bear Grylls in Man Vs Wild show to be aired on August 12. The world is eagerly waiting to see the unseen side of PM Modi. India- where one finds lush green forests, diverse wildlife, beautiful mountains and mighty rivers. Watching Discovery Channel’s Man Vs Wild would make everyone to visit different parts of India and add to the discourse of environmental conservation.

To Get Your Personalized Solutions, Talk To An Astrologer Now!
With Ganesha’s Grace,
Acharya Bhattacharya,
The GaneshaSpeaks.com Team