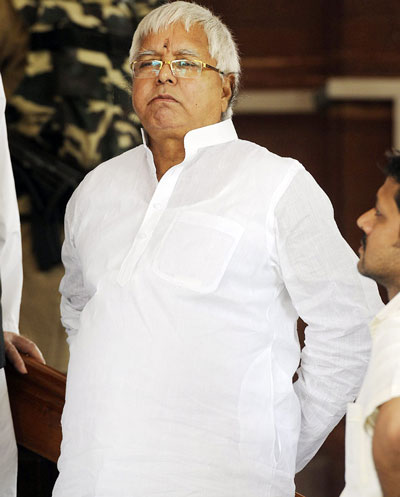 The charismatic former Chief Minister of Bihar (1990 to 1997), who scintillated audiences with his rustic wit and humor, is having another shot at the post in the ongoing Bihar Elections. This time, though, he has had to forge a grand alliance of all parties in the state to take on the might of the BJP, which is the ruling party at the Center, and more so because Prime Minister Modi is himself taking an extra interest in the state’s polls, mainly to bolster the BJP’s strength in the Rajya Sabha. For Lalu, who fell out of favor of the Bihar populace when he was convicted for his involvement in the 1996 fodder scam, these polls are literally an acid test. Also, his tenure as Chief Minister of the state has been criticized for lawlessness and has been termed as Jungle Raj, and it will not be so easy for him to swing the tide with his rhetoric alone. The prime objective of the grand alliance, of which he is a part, is to defeat the BJP. The trusted astrology web-service Astrology.fm takes a peek at whether Lalu will be able to contribute to this cause successfully.

The Moon Effect
As per the Birth Chart created for Lalu Prasad Yadav, (basis his unconfirmed birth details), he has the Cancer rising [in the Ascendant]. The strong Ascendant Lord Moon is placed with the 7th House Lord Saturn in the Ascendant in the senior politician’s Chart. This is one of the reasons he has been immensely popular with the masses in Bihar.
Lalu ji is ruled by the mysterious Moon, and thus he is also a bundle of contradictions. He is compassionate and caring, yet he can cut to the bone with his scathing remarks and ever-changing moods. Endearingly eccentric on one hand, and on the other, insecure about how others see him, Lalu, the hard politician may even appear insensitive (on the outside) to some. However, deep below lies a softness and sensitivity that makes him very special.
Rahu is placed in the 10th House and Yogakaraka Mars is placed in the 2nd House in his Chart. These are other strong factors in Lalu’s Chart. Plus, due to some wonderful Rajayogas in his Chart, he has managed to emerge as an amazing leader, despite his tainted political career.

The RajYoga
In Lalu’s Chart, the strong 5th House Lord gets aspected by the benefic Jupiter. This is an indication of a huge family. Due to such wonderful Rajayoga in his Chart, he has been an amazing leader, despite a somewhat tainted political career.

The Ruling Planetary Transits
Lalu Prasad Yadav is currently under the influence of Mars Mahadasha and Venus Bhukti. Mars, the Yogakaraka, is strong enough in his Chart to help him make an impact in these Bihar Elections. He will be trying hard to woo his traditional voters and with his able leadership will be able to inspire confidence within its supporters, to an extent.
But, Venus is natally retrograde in the star of Rahu and placed in the 12th House (house of losses) in Lalu’s Chart – which is a factor that can go against him. This may be one of the major reasons he is losing political significance.

Conclusion
Keeping the aforementioned planetary transits, it is likely that it will not be that easy for Lalu Prasad Yadav to expand his voter base and retain his supporters. His performance in the forthcoming elections will largely be average, feels Ganesha. He may be able to improve his seat tallies marginally in Bihar Assembly, but there will not be any significant gain for him as the RJD Supremo, and this might disappoint him and his Party.