The stars portend a mixed year ahead, it’s better if the implementation is done post Aug 2016… 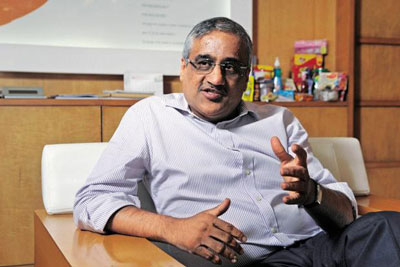 Kishore Biyani introduces next generation Big Bazaar, predicts death for online grocery players!After nearly 15 years of deliberately giving its supermarket an inferior look to make them resemble a market place, retail baron Kishore Biyani’s Future Group has launched a ‘Gen Next’ Big Bazaar format to attract upwardly mobile young consumers. Apart from opening the new format stores to test the market initially, Future Group will also convert few of its existing Big Bazaar stores to Gen Next model that will stock premium merchandise across categories ranging from food to fashion. Kishore seems to be in an innovative and expansive frame of mind currently. But what do the planets indicate? Will Kishore’s efforts bear the right fruits? Will these initiatives and endeavours turn out be successful? Let’s find out with the help of Astrology… 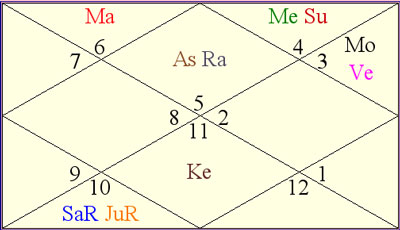 [Owing to the unavailability of credible birth-time of Biyani, the analysis and predictions have been done on the basis of the Solar Chart/ Surya Kundli with the help of his birth-date and birth-place only.]

1) Will Kishore be able to execute the plans successfully? Is the current period a favourable one for him?Important Astrological Observations :-

2) How will the Future Group fare in the year ahead?

3) Any threats or opportunities in store for both Kishore and Future Group?

Ganesha wishes a great time ahead to Kishore Biyani.