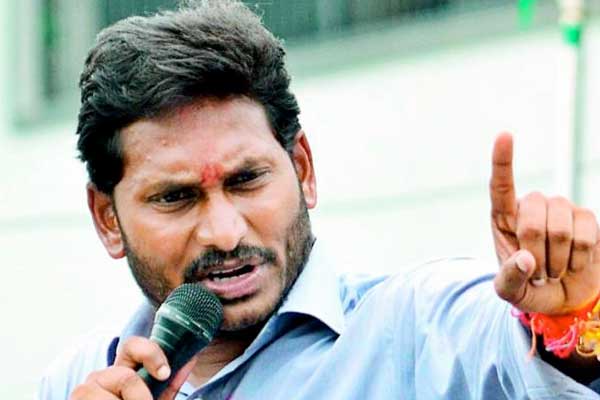 Indeed, being the son or daughter of a prominent political leader helps one rise fast and high in Indian politics. The case of Y. S. Jaganmohan Reddy too clearly validates this logic. Jaganmohan Reddy is the son of former Andhra Pradesh Chief Minister Y.S. Rajasekhara Reddy and the leader of opposition in the Andhra Pradesh assembly. And his lucky inheritance has not just helped him rise high too soon; it is also alleged that he has grossly misused his position and illegally created lot of wealth for himself in the last few years. He is currently under legal scrutiny. Can he steer clear of legal problems and rise high? Ganesha has analysed his horoscope. Here are the findings:

Astrological Reasons Behind His Charisma

In the horoscope of Jaganmohan Reddy, Sun is in conjunct with a strong Jupiter in Sagittarius, which has endowed this young leader with lots of charisma. Besides, Venus is conjunct with Mercury in Scorpio, which has given him the tremendous potential to attract the people.

Is any issue in profession bothering you? Buy the Career Ask A Question Report and get the proper guidance for future.

Intensity Has Helped Him, Will Help Him More

Besides, Mars is in Libra and has exchanged its position with Venus. So, the energy of Mars makes Jaganmohan Reddy very dynamic and enthusiastic. He always seeks to expand his horizon by commanding all his abilities and making use of all the means. Indeed, Jaganmohan Reddy is very intense in his approach and efforts. This will help him even more in future.

Also, as transiting Jupiter is moving in his favour, he will now be able to consolidate his position and will act to fight the rival parties with all the more efforts. Thus, he will emerge as a strong leader in times to come. Stars are clearly favouring Jaganmohan Reddy in this regard.

You can know whether you will be successful and earn in future. Avail the Free 2018 Finance Report.

However, the transiting Saturn in Sagittarius will put up big obstacles on the path to becoming a very large leader. Jaganmohan Reddy may also have to tackle confusion and dissent within his own party. He will find galvanizing his party and his supporters really tough. It will be nothing short of a Herculean effort.

The Phase Till October 2018 Will Be Very Crucial

Despite being a strong leader, Jaganmohan Reddy will find it very difficult to implement his plans effectively till October 2018. This period will be very challenging and also very crucial for him. If he makes even a small mistake in judgment, it may result in serious problems.

But Jaganmohan Reddy is likely to make big gains after mid-October 2018. He will be able to establish himself as an alternate power center in the state. He will be able to create a formidable political constituency and committed voter base in Andhra Pradesh.

Will Steer Clear Of Legal Problems And Surge Ahead

At the same time, Saturn’s transit has brought up some legal problems in his political career. However, he will be able to tackle these challenges efficiently and will steer clear of all these problems. Despite the problems, Jaganmohan Reddy will be able to emerge as one of the strongest leader in the state, in present times.