Planets Have Already Turned The ‘War-Mode’ On For India-Pakistan, Feels Ganesha

Planets Have Already Turned The ‘War-Mode’ On For India-Pakistan, Feels Ganesha 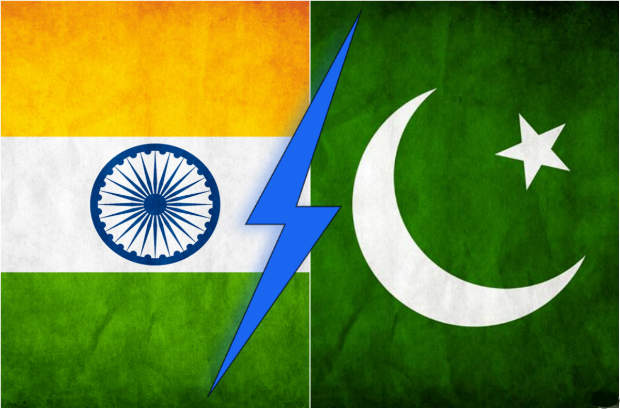 India and Pakistan – the two countries which have been at loggerheads from long, are now again facing intensified peace-crisis because of increased tension along the border. There have been problems on the LoC from a long time, with mischief mostly being triggered from the other side of the border; continuous infiltration of terrorists, constant violation of the ceasefire by the Pakistani troops and such other misadventures, especially along the International Border (IB) in the Jammu and Kashmir region have never let peace prevail. Things took a really ugly turn after the Uri attack, conducted by the Pakistan based terror outfit JeM, in which 19 of the valiant Indian soldiers were martyred. This time, in a deviation from its usual peaceful and diplomatic stance, India responded with a high-precision military strike and gave a real ‘befitting’ response, which various national as well as international leaders commended. But, the situation doesn’t seem to get better anytime soon, instead greater tensions loom large. How will things shape up in the near future? Let’s explore in this astrological analysis.

The Foundation Chart Of Independent India

“The planets indicate something ‘more intense’ than the Kargil episode between November 2016 and January 2017” – says Ganesha.

India-Pakistan And The Astrological Picture:

The basis for analysis:

For getting a deeper idea of the situation between the two countries, Ganesha has thoroughly analysed the Foundation Charts of both Independent India and Pakistan.

The role of Mars – the cosmic ‘Commander-in-Chief’:

In his analysis, Ganesha notes that India is currently under the influence of Moon Mahadasha and Mars Antardasha. In India’s Foundation Chart, Mars happens to be the Lord of the 7th house – the House of war. So, the transit of Mars will have a lot of say in the proceedings till the end of February 2017. Mars – the planet of aggression, also happens to be the representative of the armed forces and matters pertaining to defence affairs. This planet’s transit through the fiery Sign – Sagittarius, indicates the aggravation of matters and increase in tension to a greater extent. Mars is currently passing through the 8th House of India’s Foundation Chart and aspecting the natal Mars in the 2nd House. Thus, the Mars factor will continue to escalate tension between both the countries. Are tensions escalating between you and your spouse too? Then find solutions to rediscover the magic in your bond with our hand-written Marriage Ask A Question.

Matters may get worse:

The conjunction of Mars and Ketu in Aquarius will pose greater threats and indicates more dangerous situations. The period between 21st November, 2016,  and 10th January, 2017, will be extremely sensitive and crucial for both the countries. There will be immense pressure on internal and external security forces due to increased terrorist activities and threats. This may also lead to serious clashes along/across the border and even the Kargil War like situations, or even something more serious than that cannot be ruled out. The overall planetary picture looks ominous and it indicates an extremely sensitive picture. Even natural calamities may cause problems. Are you worried about some matters pertaining to your career? Then get expert guidance and effective solutions in our personalised report – Career Ask A Question.

The hostile Dasha sequence in Pakistan’s Chart will not let logic prevail in its mind.

Expect more misadventures from Pakistan’s side:

Speaking of the planetary configurations in Pakistan’s case, the country is currently under the influence of Venus Mahadasha and Rahu Antardasha. The Venus-Rahu-Ketu Dasha sequence will be extremely critical. Also, the transiting Mars is aspecting the Ascendant Lord Mars and Moon both. It indicates fiery and unrestrained reactions from Pakistan’s leaders and the Army. A ‘misadventure’ from Pakistan can not be ruled out particularly between 21st November, 2016, and 28th January, 2017.

Battle-ready mindset of the rivals – the precursor of war:

So, the forthcoming period till the end of January 2017, will remain extremely tense and ‘combat-readiness’ from both the sides may lead to a serious confrontation between the neighbours.