Will The New Pakistan PM Imran Khan Live Up To The Expectations Of His People? 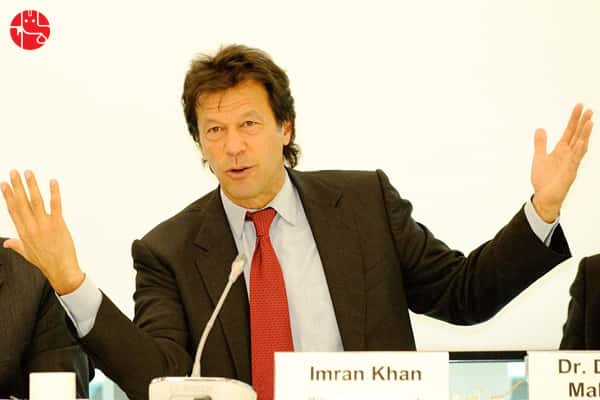 It is rightly said that the newly elected Prime Minister of Pakistan Imran Khan has defied getting defined. Once, as a cricket superstar, he had led his team to a glorious victory in the world cup. And now after winning the recent elections in Pakistan, there are many who see him as the last hope of their country. While there is widespread excitement over his elevation as the 22nd PM of Pakistan, it remains to be seen how well can he live up to the expectations of his people. Well, Ganesha has analysed his future. Read on to know the findings:

Strong Raj Yoga Behind His Success

In Imran Khan’s chart, the lord of the 7th and 10th houses Mercury is very powerful as it is exalted in Vargottam. Besides, Sun, the Lord of 9th house is digbali and strong in the 10th house. The conjunction of the 10th house lord and 9th house lord in the 10th house has created a powerful Rajayoga. On the other hand, lord of the 5th house Mars is strong in the Ascendant. Also, the lord of the ascendant and 5th house have exchanged their positions and thus strengthened the Raj Yoga. Such a powerful chart confers name, fame and success in public life. It has also given him great leadership qualities. Are you bothered due to some career issue? Buy the Career Ask A Question Report and get it sorted.

Imran Khan is currently under the influence of Jupiter-Saturn Mahadasha, which will be followed by strong Mercury sub-period. Besides, transiting Jupiter is moving favourably over the natal Venus. This planetary combination enabled his victory in the recently held elections in Pakistan. He is being considered as one of the most charismatic political leader in Pakistan in recent times.

Popularity Set To Grow In The Coming Years

Imran Khan will attract the common people of his country and also enjoy support from the influential sections of society. His mass following will increase irrespective of his political credentials. The period till February 2021 will be very promising for him. He will emerge as a dynamic leader and won’t hesitate in taking bold decisions. Imran Khan will act with determination and set to grow. Know your future. Access the Birth Horoscope Free Report.

Imran Khan may bring about many positive and constructive changes in Pakistan. However, the period from March 2019 to September 2019 will be very challenging for him. Imran Khan may face strong opposition from his rivals like Pakistan Peoples Party (PPP) and Pakistan Muslim League. He may even face problems within his party.

Controversies May Threaten To Tarnish His Image

There will be several controversies surrounding Imran Khan which may threaten to tarnish his image. The Saturn-Ketu conjunction in Sagittarius sign may not allow him to break the shackles easily hence frustration will rise.

Problems Will Keep Imran Khan On The Toes

However, the strong dasha period will enable him to face these difficulties with courage and confidence. The period till February 2021 may turn out to be a golden period for him. However, after this period (February 2021), Imran Khan may face fresh problems. The phase from March 2021 to January 2022 may be very troubling for him.

May Lead The Country Till 2025

Imran Khan may also face health issues. He will need to be careful on that front. Besides, he should ensure his safety. His government may face immense pressure on domestic as well as international issues. At the same time, his chart shows that he may continue to lead the country until 2025. Imran Khan may bring about positive changes in Pakistan but his political career will be full of challenges.