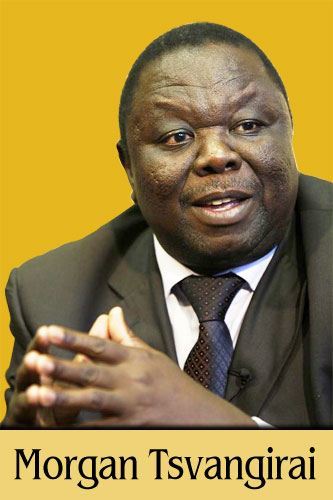 In a previous article, Ganesha had predicted that during the months of January and February 2009, Zimbabwean President Robert Mugabe’s government will reach a political deadlock after a tightly contested national election, and take steps to remain in power.

As a result of strong internal and international pressure following an economic collapse and a hate crusade  spearheaded by pro – Mugabe militias – which killed dozens of opposition party workers – Mugabe recently signed a power-sharing agreement with opposition party leader Morgan Tsvangirai and appointed him the new Prime Minister of Zimbabwe on February 11 this year.

Tsvangirai, who heads the Movement for Democratic Change (MDC), has vowed to restore Zimbabwe’s shattered economy, check inflation rate that has spiralled almost 300 million percent, provide jobs and eradicate a fast-spreading cholera that has already claimed the lives of over 3,400 people in the capital city of Harare. He has also promised to launch a crusade against human rights abuses and political violence.

Though Tsvangirai’s appointment as PM may enable Mugabe to extend his 29-year rule, Zimbabweans have pinned their hopes on the new prime minister to alleviate their suffering. In this light, Ganesha analyses Tsvangirai’s birth chart and predicts whether he will succeed in bringing Zimbabwe out of its present turmoil.

Morgan Tsvangirai has Jupiter set with Mercury in Pisces. Jupiter, the planet of expansion and  benevolence, is significantly emphasised in his chart. This indicates that he may be warm, open, receptive and optimistic. He can use his self-confidence to skirt around differences of opinion that usually arises in a coalition government and unite others for the greater good of his country.

Though Jupiter-Saturn opposition may make him an efficient organiser, there is a slight astrological hitch in his birth chart: Tsvangirai has Sun-Rahu placed in idealistic Aquarius. The transiting Saturn is currently opposing the conjunction. So, it may get very difficult for the new prime minister to take control and maintain a good rapport with Mugabe; more so because of some adverse indications in the composite chart of Mugabe and Tsvangirai. The latter will also undergo a ‘Saturn Return’ phase from September 10, 2009, which will occur in the 8th House from natal Sun. Because of this transiting Saturn, he may have to battle several problems.

Despite the fact that Tsvangirai faces many tough challenges, a transiting Jupiter may provide him the required support in this crucial phase of his life. There can be a radical change in Tsvangirai’s position around September 2010. Since this period is conducive to his progress, the new leader may attain positive results provided he makes the right moves. From December 2010, he may be in a better position and things may even start going in his favour.

But, at the moment, Zimbabwe is in a very tight spot and it may be quite a while before the country is able to get rid of Mugabe’s political sovereignty. According to astrological calculations, Mugabe’s departure from politics may take place between February and June 2011. With the above analysis, Ganesha concludes that though things have started to look up after Tsvangirai’s appointment, Zimbabweans may have to exercise some patience before peace and prosperity is restored in the country.

May Lord Ganesha bless Zimbabweans and their nation.