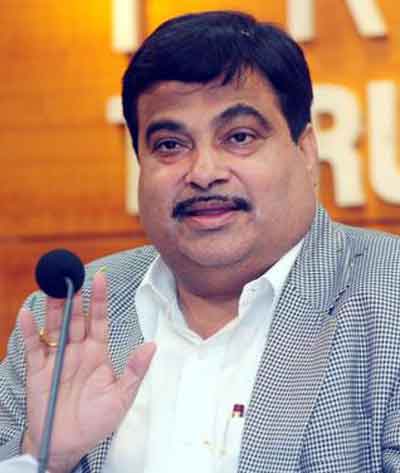 The Union Minister for Road Transport and Shipping Nitin Gadkari was appointed to head the BJP in 2009. He is known for the works during his tenure as a Public Works Department Minister in Maharashta when he had many roads, highways and flyovers across the state constructed, including the Yashwantrao Chavan Mumbai–Pune Expressway. Currently, he has been doing well as the Road Transport and the Shipping Minister in the NDA Govt. Gadkari recently escaped what could have been a fatal accident when the blades of his helicopter got entangled with the red carpet during a visit to West Bengal.

Gadkari’s details are based on his Solar Horoscope (Surya Kundli) as his birth time is not available.

1) What do the stars indicate for the heavyweight minister in the NDA Govt.?

2) What may have caused such a mishap-like situation?

3) What are the planetary influences that may have saved him?

4) What does the future have in store for him and how will his further stint as a minister be?

Ganesha wishes Nitin Gadkari great success in his political life and even in general.

With Ganesha’s Grace,
Rantidev A. Upadhyay