Sensationalism May Turn Out To Be Donald’s ‘Trump’ Card, Feels Ganesha

Sensationalism May Turn Out To Be Donald’s ‘Trump’ Card, Feels Ganesha 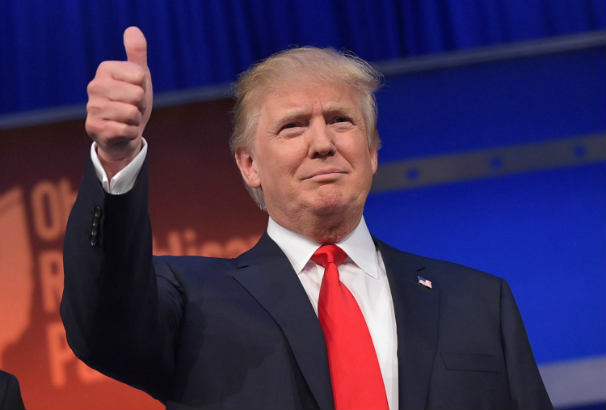 Born and brought up in New York, Donald Trump is an economics graduate from the Wharton School of the University of Pennsylvania. While at college, Trump helped in his father Fred Trump’s real estate and construction firm. He took control of the business in 1973, renaming it The Trump Organization. During his career as entrepreneur, Trump has built skyscrapers, hotels, casinos, golf courses, and numerous other developments, including the Trump Place in Manhattan. He has been listed by Forbes as being among the wealthiest 400 billionaires in the world. As a TV personality, Trump hosted The Apprentice, a reality show on NBC, from 2004 to 2015. In this article, Ganesha takes a look at his stars and predicts his electoral fortunes.

What the stars indicate about Trump and his path ahead:

In Trump’s Horoscope, the Ascendant Sign happens to be Leo, which is one of the most confident and aggressive signs. It makes him fearless, charismatic and powerful. The Lord of the Ascendant – the Sun, placed in the 10th House indicates his abilities to gather support, power  and admiration. But, it is to be noted that the Sun is in conjunction with Rahu. So, he has the tendency to gather support by inflammatory rhetoric and at times even unrealistic promises in order to maximize his voter base across the political spectrum. Such a planetary configuration gives him the ability to arouse the common hopes and aspirations of the common people against the privileged or ruling class. The Atmakarka Sun in the 10th house makes him a natural and gifted leader.

The planet Mars is placed in the Ascendant. The placement of such a strong planet in the 1st House renders exemplary energy, aggression, dynamism and a strong conviction to assert his views confidently. It makes him an unstoppable force and the happy warrior. His glitzy presence is so over-the-top that the common people just can’t take their eyes off him and political parties just can’t ignore him. The remarkable factor here is that Mars happens to be the Yogakaraka planet in his Chart and its placement in the Ascendant gives rise to a strong Rajayoga.

Strong Mercury in the 11th house indicates his abilities to gather a huge amount of information and knowledge. The strong Mercury in the 11th House gives him the uncanny ability to understand the current trends in business or politics and devising effective strategies. The Saturn-Venus conjunction in the 9th house from the Natal Moon adds great strength to his Horoscope.

The Sun-Rahu conjunction in the 10th house indicates that he likes to think big. It also correlates to his penchant for exaggeration. This combination also indicates that he compromise and walk away if the results don’t comport with his formula for success. It is a strong Rajyoga, however, this conjunction in the 10th house would create obstacles in his path towards ultimate success. It also indicates controversies and setbacks.

Moon is placed in the 4th house in the sign of Mars. So, he has an in-built quality of assertion. His forceful and outgoing nature helps him garner attention and approval from the supporters. Due to the placement of the Moon in the Sign of Scorpio, he would be a highly instinctive person. Due to the conjunction of both  the luminaries with the nodes, his undertakings in general may get slowed down unexpectedly and the results he gets for his efforts on many occasions would be below-expectations.

Trump is currently passing through the Rahu Mahadasha and Mars Bhukti. So, he will be capitalizing on the widespread perception that the country is heading towards a downward spiral. He will argue fearlessly about weakened military status, illegal immigrants, poorly performing industries, bad trade deals, weakened educational infrastructure and social/ racial violence. Both the planets are involved in Rajyoga which indicates a rise in his popularity and status. As the transiting Rahu which is also the Dasha Lord is passing through the 10th house from natal Moon and the transiting Jupiter is moving over the natal Jupiter, he will be able to strengthen his position. However, as the Mahadasha of Rahu is in an ending phase, it means that there will be struggles and pressure situations.

After Rahu’s Mahadasha comes to an end, the Jupiter Mahadasha will begin from 14th November, 2016. Though Jupiter is well placed in the 2nd house and is  aspecting the Sun in the 10th House, it is comparatively weak in the D-10 chart and also owns the 8th house of his Natal Chart. Thus, there will be a lot of hurdles in his path and his character would be tested. Thus, it would be better if he capitalises on the current potential of favourable planetary influences.

Are you facing some problems in your career? Or, are you curious to know when will faster career progress take place? Then, you can order the personalised report – Career Ask A Question.