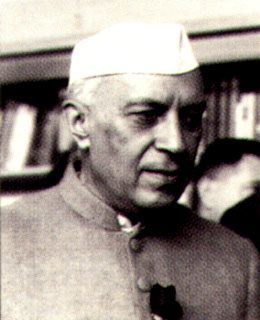 Chacha Nehru, as he was popularly known, was the first Prime Minister of India. He was a strong believer of Gandhi’s principles and philosophy. He was very fond of children and children also used to love him a lot. This is why, even today his birthday is celebrated as Children’s Day. Ganesha peeps into the books of history as well as astrology to give a brief analysis of Nehru’s life.Jawaharlal Nehru was a Kashmiri pandit, born in 14th November 1889 at 11.06 pm in Allahabad with rising Cancer ascendant. The Lord of Ascendant Moon is Swagruhi in ascendant which is aspecting the 7th house of social life. Saturn which is the significator of politics is situated in second house. Moreover, Saturn is aspected by powerful Jupiter i.e. there is trine aspect between Saturn and Jupiter. Due to this combination he became a powerful politician. He was an important leader of the Indian Independence Movement and the Indian National Congress, and became the first Prime Minister of India when India won its independence on August 15, 1947. In 1920, he was passing through Mahadasha of Venus and Antardasha of Rahu. Rahu is exalted in 12th house. There is trine aspect between Venus and Rahu. In addition, Venus is aspected by Saturn. All these factors play important roles to get success in politics. For this reason in the 1920s, Nehru was elected president of the All India Trade Unions Congress. He and Subhash Chandra Bose had become the most prominent youth leaders, and both demanded outright political independence of India. The 2nd lord is situated in the 5th house which is considered good for mind quality. Moreover the Moon is powerful. Tenth house is aspected by powerful planets Venus and Mercury which is fevourable and promising success in politics as well as speaking as well writing. Because of that he had written about many types of subjects. Due to powerful Jupiter, Moon and Venus he had got award and many thanks and compliments from people. Ganesha salutes this great leader. May his soul rest in peace!Ganesh’s Grace Nikunj SutharThe GaneshaSpeaks Team