Babulal Marandi Political Career Predictions 2020: Will the planetary influences give him success in politics? 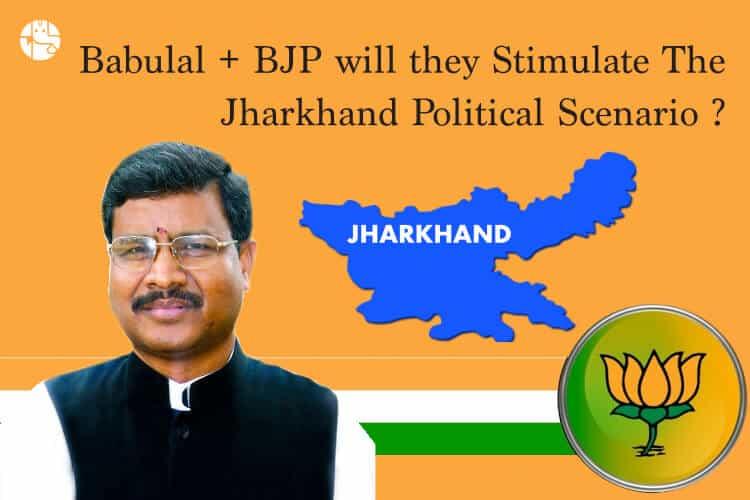 Babulal Marandi, a former Chief Minister of Jharkhand and leader of Jharkhand Vikas Morcha is all set to rejoin BJP after 14 years. He has done an official announcement of alliance on February 17, 2020. The imminent return will lead to a major and exciting churn in the political landscape of the state. The political fortune of Babulal Marandi is trending down and also the BJP has faced failures in previous elections in Delhi and Maharashtra. Will this alliance alter his political equations in the state? Will it be beneficial for the BJP to increase its vote bank? Let’s find out what the planetary influences have to say.

In Babulal Marandi’s Horoscope, Atmakaraka Saturn is placed with strong Matrikaraka Mars which forms a powerful Jaimini Raja Yoga. It makes him a powerful and influential leader. The conjunction of Saturn and Mars in Scorpio makes him a very competent leader, a good strategist, and an administrator as well. Also, it will imbibe a logical and analytical approach in him.

Amatyakaraka Sun is in conjunction with Mercury in the fiery sign Sagittarius. It indicates that he would possess a good amount of mental energy and is likely to be in a position to think with complete clarity about what he wants, and how to achieve the goals. Also, it will induce confidence and firmness about his beliefs. The energy of Sun and Mercury in the fiery sign Sagittarius is likely to make him an independent thinker. So, his opinions are usually very strong. He seems to be open to new ideas or reforms which can help him in implementing his strategic schemes. However, he can be proud of his opinions and thoughts due to the negative impact of this conjunction. He may have some ego clashes with colleagues if he is sidelined or his views are not “heard”. He must have his say if he feels his suggestions can play a major part in the party’s development. Therefore, it will be very important for the BJP to give him importance and responsibilities as per his experience and potential. Also, Venus is placed in the fifth house from the Moon. It makes him a charismatic leader, gives him success, fame and a higher position in public life. As Venus is retrograde, his political journey seems to have a see-saw experience. The Jupiter-Rahu conjunction may also cause some unexpected problems or obstacles. Are you facing unexpected problems or obstacles at your workplace? It can be due to the conjunction of Jupiter and Rahu in your birth-chart. If you are unaware of it, then find out in your Free Janam Kundali Analysis.

How will the planetary transits influence his political career and alliance with BJP?

Currently, the transiting Jupiter’s benevolent impact on Sun and Mercury is likely to be favorable for him. Forthcoming transit of Jupiter in Capricorn from 30th March may also remain beneficial for him. So, he is likely to be well-poised and walking back into the parent party BJP with huge confidence. As the natal Sun is also out the clutches of transiting Saturn, his importance and prominence may be felt in the local government. Will transiting Saturn give importance and prominence in your workplace. Know the timeline of reward and recognition of your sincere efforts by exploring Personalized Saturn Transit Report. He is likely to strengthen the BJP and its tribal outreach thereby earning a commendable amount of vote share not only in Jharkhand but in other states as well. This will help to broaden his image within the party. His return to the BJP is likely to earn him a bigger role in state politics. BJP stands to gain a majority of vote share as Babulal Marandi will be a face in active politics who will work progressively towards the upliftment of the tribals in the area. This will help the BJP vote bank, as it may regain itsthe lost confidence in the people. However, the impact of transiting Rahu and Ketu might cause some obstacles and difficulties. He is likely to face stiff resistance within the BJP cadre. There may be some ego clashes as the views of some members may not be in sync with his views. Nevertheless, his chart is strong and he has the potential to bounce back with a bang and is likely to come out as the winner.