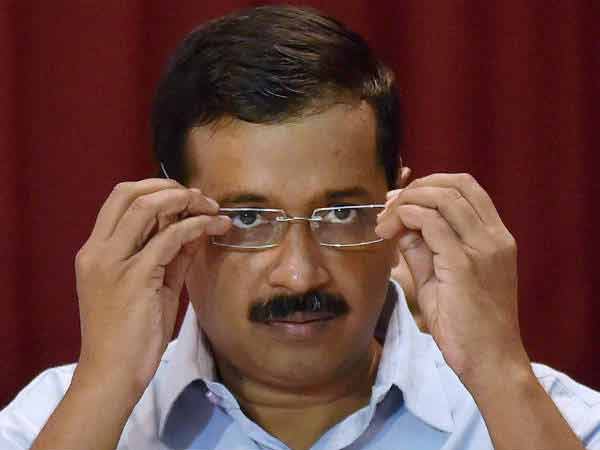 The inimitable reigning Chief Minister of Delhi and the Aam Aadmi Party supremo, Arvind Kejriwal turns a year older on 16th August. The enthusiastic leader, an ex-IITian and an ex-Civil Services personnel, Kejriwal who used to be a follower of Anna Hazare, has remained surrounded by controversies, ever since he joined the political bandwagon. His path has remained chequered as the Delhi CM too. The young shotgun had quit his CM seat in early 2014, after reigning India’s heart for a mere 49 days, which naturally brought him a plenty of flak. But, people trusted him and his young political party yet again, making Kejriwal the Chief Minister of Delhi for the second time in 2015. In the contest, Kejriwal toplled the ex-AAP -mate and BJP candidate Kiran Bedi. However, post his landmark victory, AJ’s journey has not been easy, and he has still remained embroiled in issues. What planetary positions have helped this political nobody (till a few year ago), the Nayak of the Indian politics, acquire such a stupendous stature? And yet, what influences keep pulling him down? And, more importantly, when can we expect the scenario to get better for Arvind Kejriwal? Ganesha looks at the Solar Horoscope of Arvind Kejriwal to analyse the starry picture and predict the way ahead for him…. 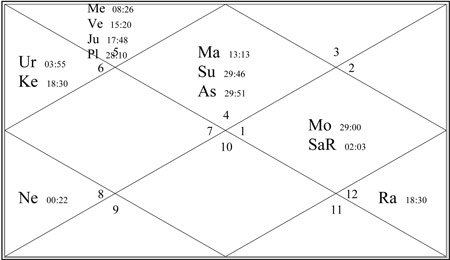 [Owing to the unavailability of credible birth time of the celebrity, the analysis and predictions have been done on the basis of the Solar Chart/ Surya Kundli with the help of his birth date and birth place only.]

With Ganesha’s Grace,
Rantidev A. Upadhyay and Kashyap Rawal
The GaneshaSpeaks.com Team