Regain Your Lost Happiness By Observing The Pradosh Vrat 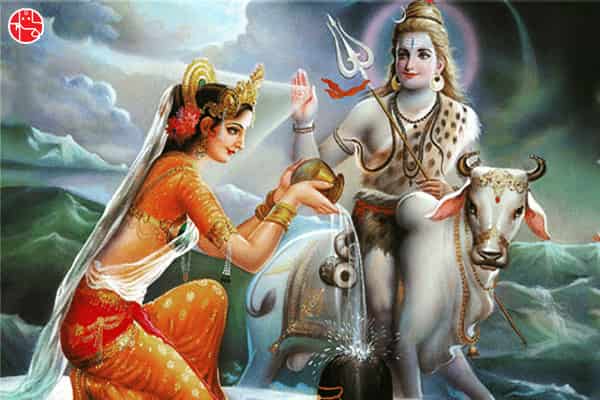 There are innumerable festivals and sub-festivals in India during which either a full or a partial fast is generally practiced. One of them is the Pradosh Vrat (fast), which was first observed by Lord Shiva and is considered to be very fruitful. This fast can be done by any man or woman who wants to fulfill his/her desires.

When Is It Observed?

Pradosh fast is observed on every Triyodashi – the 13th day of each lunar fortnight, i.e. during the Shukla Paksha as well as the Krishna Paksha of the Hindu calendar month.

When Pradosh occurs on Sunday it is known as Bhanu Pradosh. It is done for a happy, peaceful and long life.

When Pradosh occurs on Monday it is known as Som Pradosh. It is done to get desired results and for acquiring positivity.

When Pradosh occurs on Tuesday it is known as Bhoum Pradosh. It is done for health related problems and prosperity.

When Pradosh occurs on Wednesday it is known as Saumyavara Pradosh. It is done to gain knowledge and education.

When Pradosh occurs on Thursday it is known as Guruvara Pradosh. It is done for blessings from ancestors, and elimination of enemies and dangers.

When Pradosh occurs on Friday it is known as Bhruguvara Pradosh. It is done to achieve wealth, property, good luck and success in life.

When Pradosh occurs on Saturday it is known as Shani Pradosh. It is done to get a promotion in job.

This means that the fast is observed as per the day on which the Pradosh tithi occurs.

Story Behind The Pradosh Vrat:

The Unbearable Suffering Of A Prince: During ancient times, there was a poor priest. After the death of that priest, his widowed wife and son begged alms for their living throughout the day, and returned home in the evening. One day, the widow met the prince of Vidarbha region, because he was wandering there after the death of his father. The priest’s widow was not able to bear the suffering of the prince, and hence she brought him to her house and looked after him just like her son.

Shandilya Rishi Narrates How Lord Shiva Observed The Pradosh Vrat: One day, the widow took both sons to the ashram of Shandilya Rishi. There, she heard the story and rituals of Shiva’s Pradosh fast from the sage. After returning home she started observing the Pradosh fast. Practising religious rituals can give us strength and blessings. We can also invite pine grace if we take help from Astrology. Do you want to know your future and improve it? If yes, buy the Premium Janampatri Report and surge ahead in life.

The Prince Encounters The Gandharva Girls: After a few days, both the children were playing in the forest when they encountered some Gandharva girls. While the priest’s son returned home, the prince started talking with them. One of the girl’s name was Anshumati. On that day, the prince returned home late.

The Prince Of Vidarbha Identified:  On the next day, the prince visited the same place, and found that Anshumati was talking with her parents, who identified the prince and told him that he was the Prince of Vidarbha Nagar, and that his name was Dharmagupt. Anshumati’s parents liked the prince and said that by the grace of Lord Shiva they would like to marry their daughter to him, and asked him if he was ready.

The Prince Of Vidarbha Marries Gandharva Girl Anshumati: The prince gave his approval and the marriage took place. Later, the prince attacked Vidarbha with a huge army of Gandharvas. He won the fierce battle and began to rule Vidarbha. Later, he brought the priest’s widow and her son with respect to his palace. Hence, all their grief and poverty ended and they started living happily, and the credit was attributed to the Pradosh fast. We need money in life to fulfill our wants and wishes. Are you concerned about your financial growth? Access the Free 2018 Finance Report and set to rest all your worries.

The Importance Of Pradosh Vrat Recognised: From that day onwards, the importance and popularity of the Pradosh fast increased in the society and people started observing the Pradosh fast as per the traditions.

On the day of Triyodashi wear clean, white coloured garments after bathing.

Then decorate the God’s Chowki with coloured clothes.

First of all place the idol of Lord Ganesha on that Chowki, then keep the idol of Shiva-Parvati and worship it as per the rituals.

Offer Naivedh to God and perform a havan.

As per the legends, you should recite the Mantra: Om Uma Sahit Shivaya Namah at least 108 times while performing the Pradosh Vrat havan. Offer maximum Aahuti as per your faith.

Thereafter do Aarti with complete devotion.

Then feed a priest, and donate something to him. At the end, take blessings of Lord Shiva and the priest with your entire family. Lastly, everyone should eat the prasad.

Date And Time Of Pradosh Vrat During November & December 2017