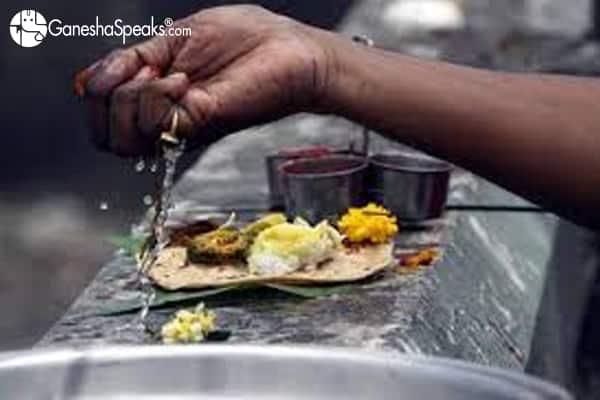 Mahalaya Amavasya: Date And Some Facts

The Importance Of Past

Life is about the future, and life is also about the past. The present and the future are bound to become the past, sooner or later. And when we think about the past from a human perspective, it acquires many more dimensions. Anthropologists believe that human beings emerged out of some ape like species lakhs of years ago. Thus we have a past encompassing many millennia.

Strengthening The Bond With Our Forefathers

Human civilization has grown and moved forward owing to our link with the past. Every successive generation has contributed something new on which the next generation has built, leading to constant elevation and progress. This is an essential reason for the rise of human beings. Also, performing the required rituals during Mahalaya Amavasya strengthens the bonds with our past.

Why Is Mahalaya Amavasya Important?

It is widely believed that Pitru Paksha is the time phase when ancestors can provide gifts to their descendants on Earth. As per tradition, the ancestors who have left their Earthly abode and are now staying in another plane can be pleased and invited to give abundant blessings to their descendants during this phase of two weeks. So, this time is very crucial for everyone. Not just the average householders but even the enlightened yogis and rishis look forward to this time to win blessings from their ancestors. Thus, Mahalaya Amavasya is a golden opportunity when we can ask for blessings from our deceased ancestors and make the world change for us. Have Pitru Dosha in your Horoscope? Get the Pitru Dosh Yantra now to achieve more peace.

The Legend Behind Mahalaya Amavasya

As per the Hindu tradition, there once took place a fierce battle between the Devtas (Gods) and Rakshasas (Demons). Lives from both sides were lost during this clash. This war had started from Bhadrapada Bahula Paadayami and went on till Amavasya. Thus, this period is known as Sasthrahatha Mahalaya. We pay homage to the Gods and the Demons who died during that period.

The Purpose Of Mahalaya Amavasya

As per Hinduism, it is believed that a person should repay three types of Rinas or debts to attain a life without any agonies. The three Rinas are Deva Rina, Rishi Rina and Pithru Rina which is a debt to God, the guru, and the ancestors.

As per the tradition, it is the son’s responsibility to serve parents while they are living and also after their death by performing the Shradh to liberate the departed souls. Various Puranas mention the significance of these rites, like the Garuda Purana, Vayu Purana, Agni Purana, Matsya Purana, and Markandeya Purana. Do you want your career to get a boost? Buy the Career Ask A Question Report.

Rituals To Be Performed On Mahalaya Amavasya

Unique offerings are made on this day to the souls by Tharpana (Uncooked rice, black sesame seeds, water is left by calling upon the ancestors along with their nakshatra). Men who have lost their fathers perform this ritual. The food items are kept accessible to animals and birds like the crow believing that our ancestors come in different forms and partake of the offerings.

Elimination Of Your Bad Karma

It is believed that performing tarpan on this day can dissolve your bad karma.

And it does so in two ways:

1) First, it will remove the karma which is blocking the liberation of your ancestors.

2) Second, the karma which is not allowing your ancestors to bless you will also be removed.

Thus, if you perform the tarpan on Mahalaya Amavasya, your life will move towards the best in everything.