Celebrate MahaShivratri And Releash Peace and Happiness In Life 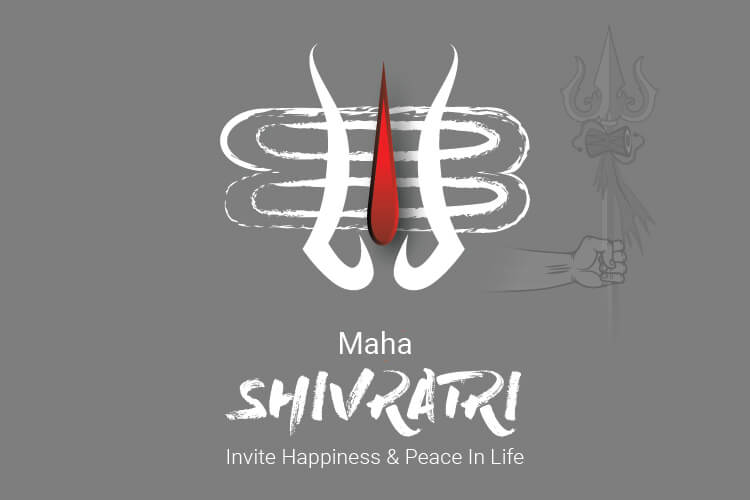 Maha Shivratri is one of the prime festivals of Hinduism. It is celebrated to honour the ‘DEVON KE DEV’ Mahadev Lord Shiva. This night symbolizes the night when Lord Shiva performs the heavenly dance. Shivratri arrives every lunar-solar month of the Hindu calendar on the 13th/14th day but MAHASHIVRATRI comes once every year in late winter that is Phalguna before the arrival of Summer. The Maha Shivratri means the “The Great Night Of Lord Shiva”. Worshippers of Shiva perform Jagran the whole night to commemorate the heroic acts of Lord Shiva.

According to Vedic astrologers, the festival provides us all an opportunity to mark the remembrance of “overcoming darkness and ignorance” in life. You can even perform shradh of your elders on this particular night. And, for the same, you can hire real astrologers to perform Puja to please your deceased elders. Lord Shiva drank poison to save the entire universe and to commemorate the noble act of that particular day, Maha Shivratri is celebrated. The general norms to celebrate the festival is to meditate, fast, and conduct prayers. People even intoxicate themselves to feel the pain Shiva went through. In wake of this, you can visit the temple to offer prayers to Lord Shiva and offer poisonous flowers such as Datura.

Not just limited to religious importance, The GREAT NIGHT OF SHIVA, also holds huge significance in the Astro World. So, let us discover the astrological significance of the holy night and ways to celebrate the festival of Lord Shiva.

According to astrology, the moon gets debilitated on the event of Chaturdashi. The moon contains no strength to provide energy to the earth. But, the moon’s strength increases by the grace of Lord Shiva. Therefore, praying to Lord Mahashivratri makes the moon stronger. Moon is strongly connected with a person’s mood and thus worshipping the CHANDRA (moon) on Mahashivratri brings bliss, happiness, and success in work. You can even call a Vedic Pandit to conduct Pujas to boost your moon strength and resolve all your past problems. The day is a once-in-a-year opportunity to resolve all your life problems whether it is education, health, business, and career.

During the period of Mahashivratri Surya Deva reaches Uttarayana. Time calls for a change of season and is considered very auspicious to indulge in pleasure. If you are planning for children then the time itself brings the opportunity to get started. The coming of spring fills your mind with ultimate joy and passion. According to the legend, Kamadeva was restored to life by Lord Shiva and thus cupid is in full action. Thus, the best time to worship the legendary Lord Shiva. Amazingly, according to Vedas the 12 Jyotirlinga also have a relation with the 12 Moon signs.

Legends believe that Shivratri is to be considered the best when it has a touch of Chaturdashi, Amavasya, and Trayodashi. Many link the period to the origin of the great lord. The great lord originated from Lord Brahma in the form of Rudra. It is said that on the date Shiva opened his fierce third eye and performed the dance of destruction. The universe was resettled thereafter and in that period we celebrate as Mahashivratri. The best thing to do during this period is to fast and pray for the longevity of life and good health. Fortunately, according to our Vedas, performing Rudrabhishek puja and chanting mantras blesses an individual with long life and good health. No doubt, prayers done sincerely can save you from possible future life threats. Moreover, Rudrabhishek Puja can be performed any period of the year for you and your family’s health and long life.

The locations of 12 Jyotirlinga of Lord Shiva as follows:- 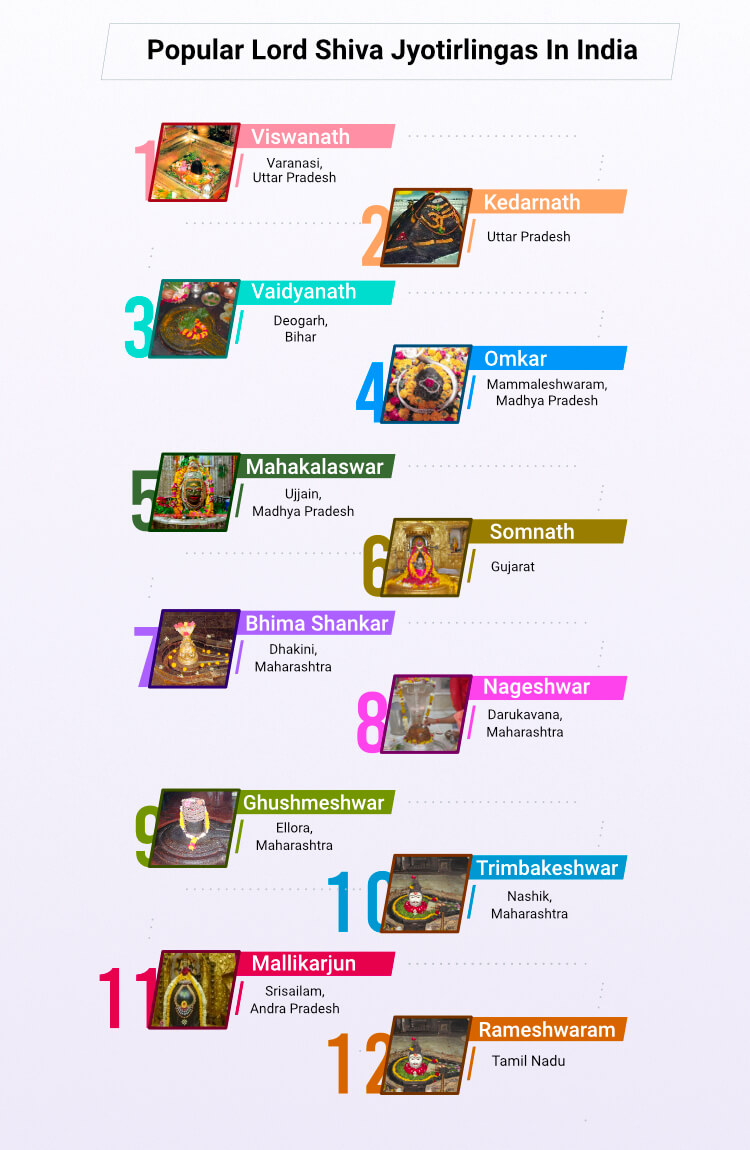 Celebration Of Mahashivratri In Different Regions

In regions of Tamil Nadu Mahashivratri is celebrated with great pomp and fanfare in the Annamalaiyer temple located in the Tiruvannamalai district. A very special procession is carried on the day is ‘Girivalam’, a 14 km bare walk around Lord Shiva’s on top of the hill.

In the regions such as Varanasi and Samantha major fairs are organized on the major Jyotirlinga Shiva temples of India. Jagrata is organized each year along the banks of the holy rivers and Lord Shiva is commemorated.

Want to visit a spiritual place this Mahashivratri 2021!!! Talk To An Expert Now.

In regions of Andhra Pradesh and Telangana, Yatras are being held at Mallaya gutta near Gundlakamma Kona, Kambhallapalle, Uma Maheshwaram, and others. Mahashivratri festivals are celebrated at the Rudreshwara Swamy’s 1000 pillar temple in Warangal.

The fair of Mahashivratri is organized in the town of Mandi(Himachal Pradesh) which has even got an IIT. Mandi has the Cathedral of Temples and is amongst the oldest towns of Himachal Pradesh. It is located on the banks of Beas where thousands assemble to celebrate Mahashivratri with great fervour.

Lord Shiva, though referred as the Lord of Destruction, always came forward at the moment of great crisis and is known in Hindu religion as the savior of the universe. Revering the Lord Shiva on Mahashivratri can resolve all troubles and struggles of life. It is fairly believed that the holy river the Ganges flows through Lord Shiva and enters the Earth at Gangotri. Taking a dip in the holy river can wash away your sins and encourage you to follow a truthful and better path in life.

Prepare to celebrate Mahashivratri on the 11th of March 2021 with fasting, worship, and social gatherings. You can even visit far off places and enjoy events such as fairs organized by followers of Lord Shiva.

You Can Empower Your Fortune With Special Puja On Festivals – Get Your Free Consultation!
With Ganesha’s Grace,
The GaneshaSpeaks.com Team
Astrologers trained by Shri Bejan Daruwalla.