Worship Maa Kushmanda on the fourth day of Navaratri 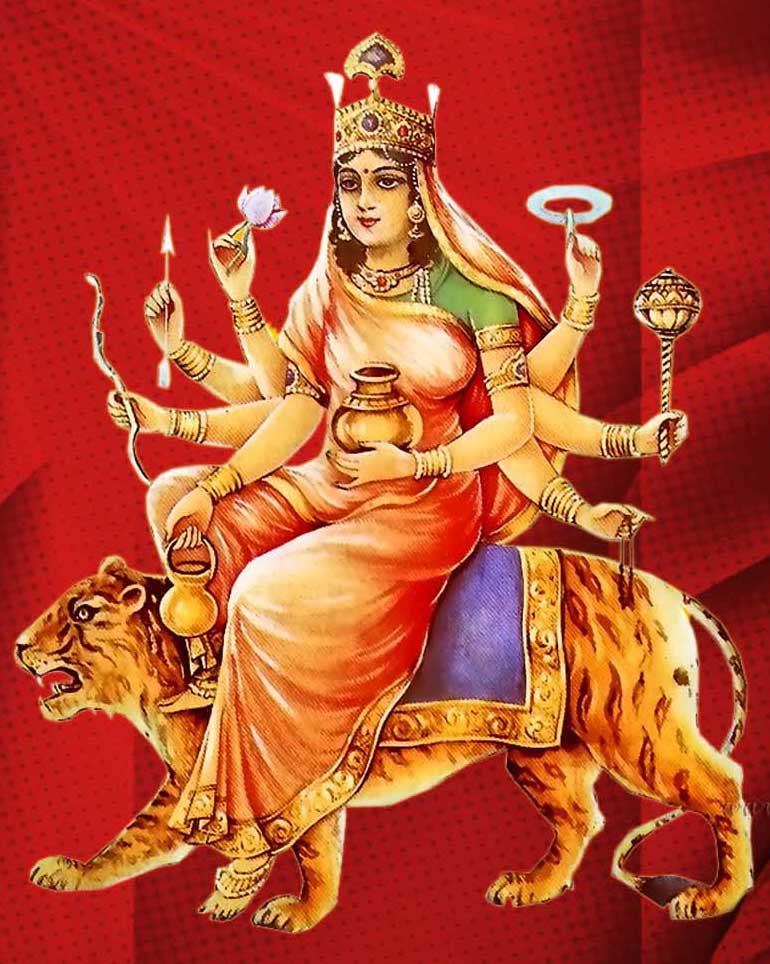 Maa Kushmanda, the fourth Avatar of Goddess Durga, is worhipped on the 4th day of Navratri. Her name means ‘the cosmic egg’ and she is considered the creator of the universe. As per the Hindu mythology, Lord Vishnu was able to start creating the universe when Maa Kushmanda smiled like a flower which blossomed with a bud. She created the world from nothing, at the time when there was eternal darkness al around. This Swarup of Maa Durga is the source of all. Since she created the universe, she is called Adiswarup and Adishakti.

She has eights hands in which she holds Kamandul,bow, arrow, a jar of nectar (Amrit), discus, mace and a lotus, and in one hand she holds a rosary which blesses her devotees with the Ashtasiddhis and Navniddhis. She is also known as Ashtabhuja. She has a radiant face and golden body complexion. Maa resides in the core of the Sun and thus controls the Surya Lok.

Maa Kushmanda represents Anahata Chakra in spiritual practice. The divine blessings of Maa Kushmanda helps you improve your health and wealth. She removes all the hurdles and troubles from your life and enables you to get rid of all sorts sorrows in life. Maa brings light into darkness and establishes harmony in your life.

Navratri is a special occasion. A time for new beginnings and offering your dedication and reverence to the Goddess Shakti. This Navratri, bring home and institute a Meru Prusth Shree Yantra – a beautiful, divine symbol of the blessings of Goddess Lakshmi herself.