Know The Date of Masik Kalashtami 2021 And Rituals 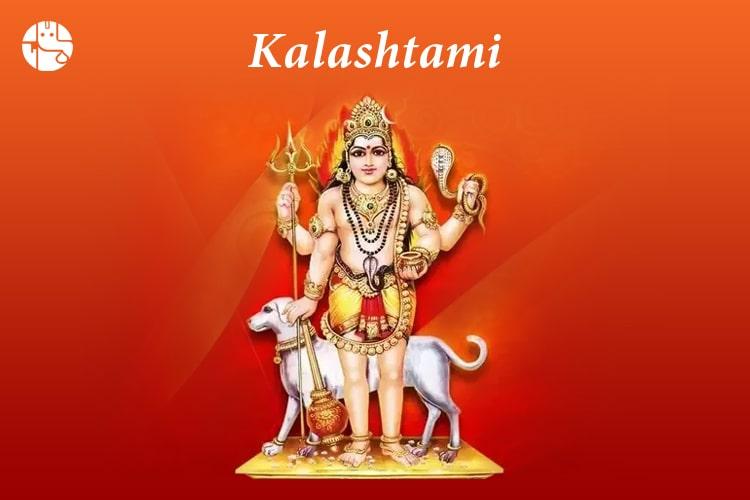 Kalashtami or Kala Ashtami is one of the most important festivals of the Hindus. This is the festival dedicated to Lord Bhairav. Kalashtami is celebrated in every Hindu lunar month on the eighth day during the waning phase of moon i.e on the Krishna Paksha Ashtami tithi. The 8th day after the full moon day, which is also called Astani Tithi after Purnima, is considered as the most favorable day to get the blessings of Lord Kaal Bhairav. On the day of Kalashtami, devotees worship Lord Bhairav and also observe a fast to please him and get blessings.

As per the Hindu calendar, there are a total of 12 Kalashtamis in a year. Out of that, the one which falls in the month of Margashirsha is the most significant and is celebrated as Kalabhairav Jayanti. Kalashtami 2021 is a very important festival and it is believed that when Kalashtami falls on a Sunday or Tuesday, it is very auspicious as these days are dedicated to Lord Bhairav.

The significance of Kalashtami is mentioned in ‘Aditya Purana’. According to Aditya Purana, the main deity to be worshipped on Kalashtami is Lord Kaal Bhairav. Lord Kaal Bhairav is also known as the avatar of Lord Shiva. In Hindu mythology, ‘Kaal’ means time and ‘Bhairav’ refers to ‘the manifestation of Shiva. Therefore, Kaal Bhairav is also called the ‘God Of Time’. This day is very important for the followers of Lord Shiva and thus they celebrate and worship Lord Bhairav with full devotion.

Rituals To Be Performed On Kalashtami:

Masik Kalashtami Dates In 2020 And Timings

Kalashtami – the festival of Lord Bhairav, is marked with full enthusiasm and devotion in different parts of the country. Worshippers are also bestowed with the blessings of Lord Shiva. Praising Lord Bhairav on Kalashtami will help devotees to remove all the sufferings, pain, and negative energies from life. Thus, Kalashtami is the most suitable and auspicious day to propitiate Lord Kaal Bhairav.