Know About The Festival Of Colours, Make Your Holi More Enjoyable 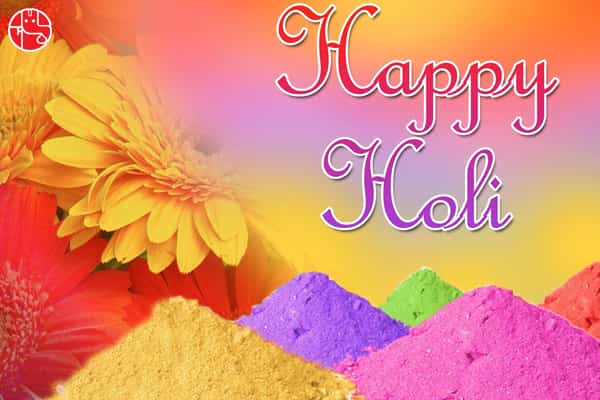 Holi, the festival of colours, is also known as Holika or Holika-utsav. The colourful festival is celebrated with much fanfare all across India on Falgun Poornima (Full Moon), even though its manifestations change somewhat, from region to region. This year Holi falls on March 2, 2018. The day of Holi is also referred to as Vasant Mahotsav or Kama Mahotsav in Puranas.

The True Meaning Of The Festival Of Holi

If you want the festival of Holi to be a truly spiritual experience, then ideally, the preparation for this festival should start from Maha Shivaratri onwards, which is usually celebrated a couple of weeks or so before Holi. Contrary to what many believe, Holi is not simply about getting rid of the waste and negative from our lives and homes. In fact, the significance of Holi is much more than this. In Puarans, it is mentioned that people used to fix up the period between Holi to Diwali as a time for achieving and setting their goals and aims. This obviously meant that people, around this time, also started working on their shortcomings and weaknesses. Holi, in short, is a pledge day, when you accept and thus, take stock of your mistakes, and promise yourself to not repeat them. Holi is not about mindlessly throwing colours at others or shouting and creating nuisance, as many do, but is about uprooting the negativity from your life.

The Legends Associated With The Festival Of Holi

There are myriad legends associated with the festival of Holi, the most prominent one being the legend of Bhakta Prahalad and his cruel yet blessed father Hiranya Kashyap and aunt Holika. This legend goes to re-establish the eternal faith in God – the supreme power and the fact that whatever be the magnitude of sin, evil and depravity in the world, true reverence, devotion and faith always win.

As per Vedas, Dahan Kriya or the act of putting all the sin to fire, should be performed on the day of Holi. During this ritual, Rakshogaan mantras, as mentioned in the Rig Veda should be recited. This ritual can help one eradicate negativity and safeguard from ominous influences.

Besides, the holy fire of Holika should be worshipped with all the necessary ingredients. Also, the Pooja should be performed wholeheartedly, with complete devotion. With a correct recital of mantras, one may even be able to defeat the evil forces and negative vibes. Have you any query for future? Buy the Ask Any Question Report and get your concern settled.

As per Puranas, there is another legend associated with Holi. It goes to say that Lord Shiva got furious, opened his third eye and incinerated Kaamdev, the Lord of Desire, on this day. Hence, many people celebrate this festival by burning some objects of desire, as a symbolic gesture of getting rid of carnal desires. Eight days, from the eighth day of the Falgun Shukla Paksha to the Full Moon Day (Purnima), are celebrated as Holashtak. It is advisable that no holy rituals are performed, and no auspicious projects/ assignments/ tasks are undertaken during those eight days. Do you want to boost your financial growth? Avail the Free 2018 Finance Report and get guided for a golden future.

Many devotees also worship Lord Hanuman on the day of Holi. It is said that if rice mixed with clarified butter (ghee) and/ or vermilion is offered to Lord Hanuman on this day, then all troubles, sadness and fears can be beaten.

Another religious belief is that ones who worship Lord Krishna with full concentration on the Full Moon day of the Falgun month go to heaven. That is the reason why people play Holi with Abir-Gulaal in Vridavan as well as at other Kirshna temples across the world.

Ganesha wishes all of you a very happy and safe Holi!

May you be able to fight and ward off all the negative energy!