Ganesha Shows The Way To Illuminate Your Life On Dev Diwali 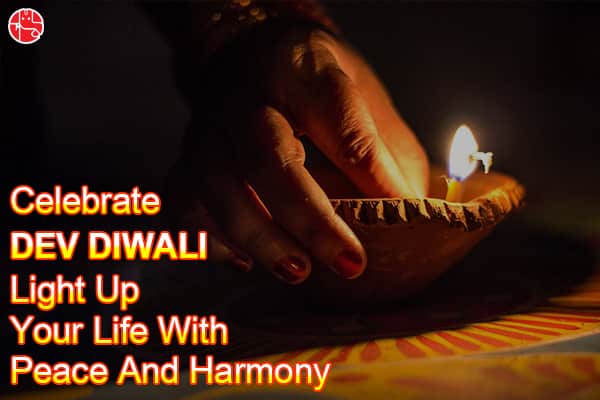 Dev Diwali or Dev Deepavali is a famous festival celebrated every year at one of the holiest of Indian cities, Varanasi. Dev Diwali is celebrated to mark the victory of Lord Shiva over the demon Tripurasur. Hence, Dev Diwali is also known as Tripurotsav or Tripura Purnima, which is observed on the day of Kartik Purnima. This year Dev Diwali falls on November 3, 2017.

Devotees bathe in the holy river Ganges on the auspicious day of Kartik Purnima and light earthen lamps (diyas) in the evening. When dusk sets in, the steps of all the Ghats on the riverfront of the Ganges in Varanasi are lit with millions of earthen lamps, making for a breathtaking sight. As much as anything else, Dev Diwali is celebrated to usher in love, peace and happiness into our lives.

The Legend Or Story Behind The Festival

It is believed that once when the demon called Tirpurasur was harassing the saints and sages, Lord Shiva slew the demon, much to the joy of the gods and demi-gods, so people celebrate the day even now as Dev Diwali by lighting up the ghats of the river Ganges in Varanasi with thousands of diyas and bathing in the river. Hence, Dev Diwali is associated with Lord Shiva worship. Worship of Gods can give us all the happiness. But opting for astrology can also remove our hurdles. Do you want to foresee your future and improve it? If yes buy the  2018 Detailed Yearly Report.

Another more wonderful story is that sage Vishwamitra, through his yogic powers, bodily transferred King Trishanku to heaven. Upset and agitated by this phenomenon, the gods refused to accept Trishanku in heaven and turned him away from the gates itself. Now Trishanku, neither belonging to earth nor heaven, became a hanging star. Furious with the gods, Vishwamitra began the creation of an altogether new universe through his yogic powers. Frightened by this all the gods together approached the sage and prayed to him to stop the creation of the rival universe, a demand to which the sage finally acceded. Pleased with this the gods, humans, and inhabitants of the netherworld, too, celebrate this day as Dev Diwali.

The Dev Diwali (the Diwali of the Gods)  is celebrated in Varanasi, Uttar Pradesh, India. It comes on the full moon of the Kartika month (November-December) and takes place about 15 days after Diwali. All the ghats on the riverfront of the Ganges in Varanasi from end to end, that is from Ravidas Ghat to Rajghat are lit with thousands of diyas in honour of Ganges, as the gods are believed to descend on earth to bathe in the holy river on this day. The festival is also called the Tripura Purnima Snan.

During the celebration of this Hindu festival, houses are decorated with diyas, and door fronts with rangoli. Firecrackers are burnt at night, processions of the gods are taken out in the streets of Varanasi, and thousands of diyas are set afloat on the Ganges. Besides the religious role, the Dev Diwali is also celebrated to pay homage to the martyrs of the country by worshiping  and lighting lamps during the Ganges aarti. This is organized by several organisations at different ghats. We practice religion and expect happiness. Money is an important criterion for happiness. Is your financial future facing difficulties? If yes, avail the Free 2018 Finance Report and get your problem resolved.

Rituals To Be Followed Or The Puja Vidhi

Performance of the Kartik snaan (taking a holy bath in the Ganges)
Offering Deepdan (offering of diyas) to the holy river of Ganges in the evening.
The Ganges aarti is also performed in the evening.

Chanting the mantra of your Ishtta Deva.

Dev Diwali of Varanasi has become a major tourist attraction, and the view of thousands of diyas floating on the holy waters of the Ganges in the evening have taken the breath away of many a tourist. On the night of the festival, local devotees, those from surrounding villages, and across the country gather in the evening on the ghats of the holy river Ganges to witness the aarti. Boat rides along the riverfront in the evening are a major attraction for tourists, especially when all the ghats are lit with lamps and the Ganges aarti is being performed. The government makes extensive security arrangements to ensure law and order during the celebration of the festival.

Apart from Varanasi, Dev Diwali is also celebrated in other parts of the country including Gujarat. Besides, Jains believe that Lord Mahavira had given up his mortal coils and attained final Moksha on Dev Diwali day.

With Ganesha’s Grace,
The GaneshaSpeaks.com Team
For Instant Solutions! Talk To Astrologer Now.