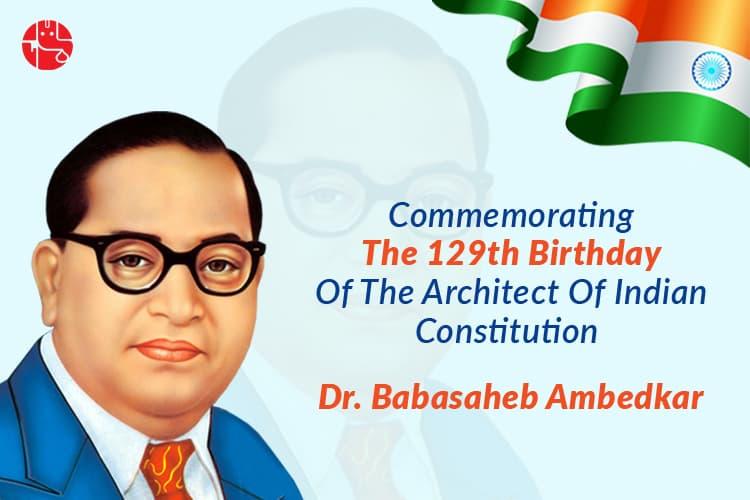 Ambedkar Jayanti or Babasaheb Jayanti is observed on April 14 every year which marks the birthday of Dr B.R. Ambedkar. Dr Ambedkar’s birthday was celebrated publicly for the first time by social activist Janardan Sadashiv Ranpise. Although it was not a public holiday, schools, offices and institutions still remained closed on the account of Mesadi or Vaisakhadi. However, it was declared an official holiday in the year 2005. This year, we will be celebrating his 129th birthday on Tuesday, the 14th of April.

Ambedkar Jayanti or Bhimjirao Ramji Ambedkar Jayanti is an important day in Indian history. It is an annual festival observed on the 14th of April every year to commemorate the birthday of Dr. Babasaheb Ambedkar. He was born in a Mahar family to Bhimabai and Ramji Ambadvekar on 14 April 1891. It is a day of celebration for not only the people of India but for people across the globe who admire the greatness of his visionary thoughts.

Get useful and accurate inputs from our expert astrologers who can lead you to your goals! Buy our premium Online Janampatri/Kundli and take the right decisions to seize excellent opportunities coming your way.

People remember Dr. Bhimrao Ambedkar for his contribution to the making of India and his efforts to curb social discrimination against Dalits or untouchables. Several functions are organized throughout the country on this day. Floral tributes are paid at Babasaheb’s bust placed at various institutions or government offices. It is customary of senior national figures such as the President and the Prime Minister and other major leaders of various political parties to pay homage at the statue of Dr. Ambedkar at the Parliament House in New Delhi. It is celebrated throughout the world by Dalits, Adivasis, laborers, and women who embraced Buddhism by getting inspired by his teachings.

Dr Bhimrao Ramji Ambedkar has many feathers in his cap.He was an upright politician and a social reformer who sternly protested against the atrocities on Dalits and the exploitation of economically weak classes in India.Dr. Babasaheb Bhimrao Ambedkar was an outstanding personality who has his name carved in golden letters for his outstanding contribution to Indian politics. He is rightly called the ‘Father of the Indian Constitution’. He has been an integral part of the freedom struggle and has emerged as a strong crusader for the rights of the backward and downtrodden class.

Born on 14 April 1891, in a poor Mahar family, Dr. Ambedkar faced discrimination since. his school life. This left a scar on his tender mind and as he grew up he made constant efforts to try and oppose prevalent social norms that spread the feeling of inequality. Ambedkar spearheaded a campaign to protect the rights of the poor, weak class and the Dalits and strongly opposed the class discrimination system in the society. Having faced hardships as a Dalit made it easy to communicate and understand the privation of the people.

Dr. Ambedkar was the first untouchable of India to pursue a Bachelor’s degree at Elphinstone High School. He studied at the University of Mumbai & Columbia and earned a Law degree besides a Doctorate in Economics and Political Science from the London School of economics. He gained a reputation as a scholar and campaigned for political and social rights for the Dalits and untouchables. He inspired the Dalit Buddhist Movement in India and embraced Buddhism on October 14, 1956. This was seen as a driving force in the surge of converts that saw thousands of backward class members become Buddhists. After his death on December 6, 1956, he was accorded a Buddhist cremation. He was posthumously conferred with the Bharat Ratna in 1990.

Dr. Babasaheb Bhimrao Ambedkar will always be remembered for his dream of an envisioned society where weaker sections, especially women, get equal rights and respect. The society needs people to pledge to learn from Dr. Ambedkar’s life and thoughts and follow his teachings.