Makar Sankranti 2021: Know The Various Aspects Of This Festival 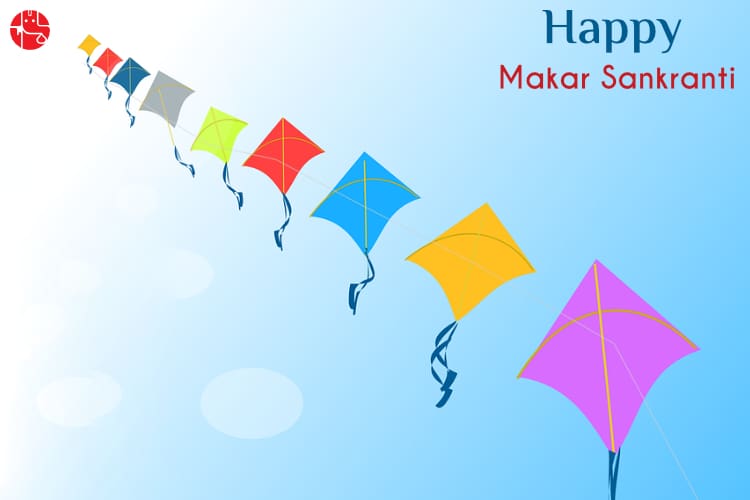 The festival of Makar Sankranti holds a lot of significance in Indian culture. The festival marks the movement of the majestic Sun towards North. Interestingly, Makar Sankranti being a solar event, arrives on the same date every year in the Gregorian Calendar. Like most of the years, this year too in 2021 Makar Sankranti will fall on the 14th January. The term Sankranti is derived from the Sanskrit word ‘Sankramana’, which means “commencement of movement”.

As per Hindu mythology, on the auspicious day of Makar Sankranti, Lord ‘Surya Dev’ visits his son, Lord ‘Shani’, who is considered as the ruling god of Capricorn sun sign. It is a known fact that Lord ‘Shani’ and ‘Surya’ had a conflicting relationship and despite of this on Makar Sankranti, past bitterness is forgotten and new beginnings are made. It is said that if any father visits his son this day, all conflicts are resolved and happiness and prosperity spreads. According to ‘Geeta Saar’, the six months of ‘Uttarayan’ day time of gods are considered holy and people who die during this time attain salvation and go to ‘Krishna Lok’. On the contrary, those who die during the months of ‘Dakshyinayana’ known as the night time of gods, have to be reborn. This day is so auspicious that the wounded ‘Bhishma Pitamah’ left his mortal body and chose salvation or enlightenment. It is believed that those who die on this day will attain ‘Moksha’.

Makar Sankranti And Its Connection To The Sun God

There are various types of Sankrantis, out of which two are major, the other is known as Karka Sankranti. Makar Sankranti marks the beginning of an auspicious phase in the year. The festival of Makar Sankranti is dedicated to the Sun God, who is considered a symbolic representation of divinity, wisdom and life as it brings forth the best in you. The blessings of the Sun can clear all the hurdles which you may face and will make you move ahead in your career. Do you want to solve your career problems? Buy the Remedial Solutions for Career Report.

Astrology And Astronomy Behind Makar Sankranti

Makar Sankranti is very important both Astrologically and Astronomically. Sun and Saturn are said to be inimical planets. However, on this day Sun enters the house of Saturn (Lord of Capricorn sign) and stays for a month with his son. During this phase, Sun forgets its anger towards Saturn, thus signifying the importance of relationships. Address your personal problems. Access the Remedial Solutions for Personal Issues Report.

Makar Sankranti And The Farming Community

Besides, Makar Sankranti is also very important for the farmers as Makar Sankranti is actually a harvest festival. Many farmers along with families worship their cattle, tools and land thanking them for a good harvest and pray for a good crop output in the following year. In some remote villages, farmers are seen sitting together with their families and cattle to decide how and what should be cultivated in the following year.

Besides, a lot many religious and astrologically relevant and important gatherings are organised in various parts of the country. These are commonly known was Melas. One of these most important of these melas is the famous Kumbh Mela. It is held once every 12 years at one of the four holy places, namely Haridwar, Prayag, Ujjain and Nashik. Other two are Magh Mela an Gangasagar Mela. These are held annually at Prayag & Sagar Island at the southern tip of Ganga Delta in the Bay of Bengal respectively.During these melas devotees take a dip in the Ganges after which they pray to the Sun God.

Rituals To Be Followed On Makar Sankranti

1.Clean the house completely, especially the praying area.
2.The person who will perform the ‘pooja’ should take oil bath early in the morning.
3.The person should apply ‘tilak’ of rice flour and ‘roli’ on his forehead.
4.Place the idol or Picture of Lord Shani on a platform in the praying room.
5.Place ‘thaali’, in front of the idol of lord, which consist of ‘ghevar’, ‘til ladoos’ (both black and white, 4 each) and some money and offer the same to seek his blessings.
6.Sprinkle rice and ‘roli’ on the ‘Baayna’ (things that one intends to donate).
7.Worship the deity ‘Surya Dev’ by lighting the lamp and chanting ‘Surya mantra’ 12 times. The Surya Mantra: “Om Hram Hreem Hroum Sah Suryaya Namah”.
8.After all the rituals are completed, one needs to distribute ‘Baayna’ to all the married ladies in the family and friends along with the priests.

Makar Sankranti Is About Enthusiasm And Enjoyment

Thus, Makar Sankranti holds a lot of importance from various perspectives. The celebration varies from state to state and region to region. The celebrations are diverse, delicacies are prepared are distinct, methods of observing the festival are varied, yet the spirit and enthusiasm amongst the people is the same. Such is the beauty and wonder of this festival connected to our very loved Sun God.

Let us all begin a new life with a bright light within us to shine brighter and brighter. May this Sankranti bring peace, prosperity, love and happiness in your life. Ganesha wishes all a very warm and joyous Sankranti!!