When will the Nano come to the market? 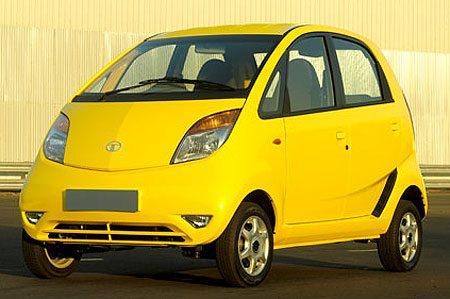 IntroductionTata Motors Ltd. And its owner Ratan Tata caught the attention of the international car makers and car users when they announced the establishment of a plant in Singur, West Bengal, which would make cars that could be had at a price as low as Rs. 1000,00. However, the project ran into rough weather when Tata had to face political opposition to the project. However, the political hindrance to the project was removed after a couple of rounds of talks between the State government and Mamata Banerjee who had taken up the cudgels on behalf of the reportedly aggrieved farmers whose plots of land were sold to Tata with the state government’s assistance. In the light of these events Ganesha predicts when the car named Nano would enter the market. Chart of Nano Unveiling at Pragati Maidan DOB – 10th January 2008TOB – 10:00 AMPOB – New Delhi

Astro Analysis for the reason of delay
In the chart above, note that Mangal, the significator of manufacturing and production as well as the lord of the third house and the tenth house is retrograde and that too in its non-conducive sign Mithuna. This indicates production problems, slow downs as well as break ups in the whole plan and process and that has become evident.

Secondly, the ascendant lord is Shani- a slow-moving planet- caused the whole plan of producing the Nano from Singur to get delayed.

The matter got delayed because Rahu was in the ascendant creating political and other apparently inexplicable causes seen in the form of violent protests and loss of human life.
Astro Analysis for what lies ahead
Mangal as per the secondary progressed rule will become direct on 31st January 2008, that is 21 years later. This is a very long period of time and therefore it would be impractical to deduce from this that the Nano will come out of the Singur plant 21 years later.

Shani takes a longer time to become direct as per secondary progression so let’s sideline ideas stemming from that side.

Going to the transits of Mangal and Shani we find that Mangal aspects its natal position on 12th November 2008, which could be the day, as also on the same day, transiting Guru will be exactly in trine to the cusp of the third house of production and efforts. Mangal is not in the tenth house on this date but probably production or test production may start and the Nano may roll out from Singur on 8th December 2008, when Mangal will be exactly on the degrees of the tenth house forming an applying square aspect with transiting Shani, the lord of the ascendant, initiating and indicating action as what a square aspect usually does.

Can we expect the Nano to be rolled out from some other production facility on this date? May be yes, if plans have been made, which seems likely, as Tata Motors have production facilities at Pune and Pantnagar.

Summary
As of now, Ganesha sums up the possibilities of the Nano to be rolled out on 12th November or 8th December, 2008.

There are other possible dates, if there are further delays, we shall write on the same later on.

Till then its TATA