The planets seem to be waving the green-flag for Sundar Pichai’s expansion plans @Google! 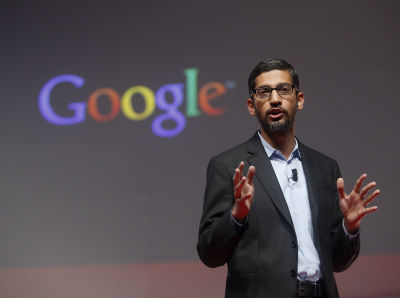 In the months between February and September 2016, Ganesha foresees an increased speed of activity; Be prepared for some more new features in the Android platform before August 2016!

Our hearts still can’t stop swelling with pride when we think about Sundar Pichai – the designated CEO of Google Inc. He is the first person of Indian origin to achieve this position. It is a feat which not an ordinary man can achieve! From being the man responsible for running and managing the world’s most famous Operating System – Android OS and also the brain behind Chrome – Google’s browser, Pichai has come a long way and he has undoubtedly been exceptional and brilliant throughout! It would be interesting to mention that Sundar was a big favourite of the ragging and bullying brigade of the hostel in IIT Kharagpur, way back in , and none would have imagined that this humble, polite and bespactled lad would make it so big in the future! On a lighter note, it can be said that, today, his status, position and salary would be bullying those seniors of his! But what may be the planets and the astrological factors that make Sundar the phenomenon that he is? Wshat does the destiny have in store for him? Let’s check out what Ganesha has to say about this genius…

Sundar Pichai – The CEO of Google

Time of Birth: Not Known

[Owing to the unavailability of credible birth-time of Sundar, the analysis and predictions have been done on the basis of the Solar Chart/ Surya Kundli with the help of his birth-date and birth-place only.]

What are the Highlights of Sundar’s Horoscope?

The Transiting Planets and their effects:

The positives, negatives, opportunities and challenges that await the Google Chief in the path ahead?

The Postives and The Opportunities:

The Negatives and The Challenges:

Rantidev A. Upadhyay and Aaditya Sain