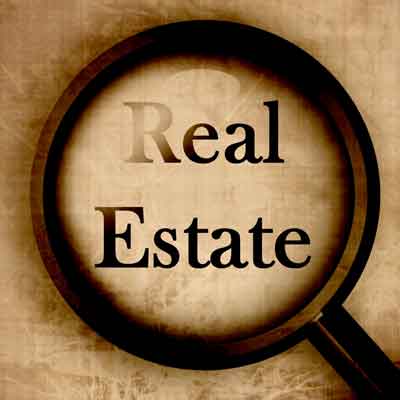 Real Estate and Infrastructure Development has witnessed unprecedented growth in India in the last few decades. From roads to highways and bridges to state-of-the-art buildings, housing systems, office complexes, malls and more – the construction scenario has been spectacular. However, with the growth comes the slack! With with the economies facing recession, meltdown and slump in the past few years, the Real Estate Sector too has borne the brunt. Soon enough, as the economy took a downtrend, the high salaries started to dwindle and the housing loan rates refused to budge lower, stagnation hit the markets. Add to this the fact that the rampant development led to a scarily progressive environmental degradation – a scenario to which ruling bodies and governments woke up pretty late. Combine all this, and the Real Estate has slipped to a slump that still, after 3-4 years- refuses to end – even in the metros and Class A cities of India. With the new government getting instated at the centre last year, the hopes had risen considerably, owing to PM Modi’s pro-development and infrastructure policies.

However, investors have still been left waiting. When can this trend be expected to catch some momentum? Ganesha takes a look at Independent India’s Kundli to predict the way ahead for the Real Estate sector in India.

Generally speaking, it is important for Sun and Mars to be powerfully placed in a Kundli, if the Real Estate sector is to grow and benefit. In Independent India’s Chart, Rahu is posited in the first House. Also, the signifier planet of Real Estate and Property that is Mars is posited in the House of Wealth, which is a positive indicator. Also, Mercury-Moon-Saturn-Venus-Sun – 5 planets are posited in the 3rd House.

As of now, the transiting Jupiter has been passing over the Natal Mercury, Saturn, Venus and Sun in India’s Chart. This is a very favourable planetary movement. Jupiter will change Signs to enter Leo on 14-07-2015 – that is it will come to the 4th House in India’s Chart. The 4th House represents Real Estate Sector, and thus, this is going to be an excellent planetary movement.
However, parallel to this transit – the transiting Saturn shall continue its movement through the 7th House in India’s Chart, while Rahu shall continue to transit through the 5th House (till 31st January 2016). These two planetary movements shall give mixed results for India’s growth story – and may also weaken the positive effects of Jupiter – to some extent.

Now, Ganesha foresees that a good momentum in the Real Estate sector can be expected in the near future. However, the sellers will have to keep some patience, as of now. On the other hand, understandably, the buyers can go ahead and invest in the next few months, as the prices are expected to remain low.

Post August 2015, when Jupiter enters the 4th House in India’s Natal Chart, you may see the sellers returning to the Real Estate markets. However, here’s a word of caution – the bounce may not be as much as expected!

During 03-11-2015 to 24-12-2015, Rahu-Mars shall be together in India’s Chart, and this will be a very sensitive time for Real Estate – and Ganesha foresees a possibility of the market catching a down-trend during this specific frame. Be careful! And, if you are planning to buy – watch out!