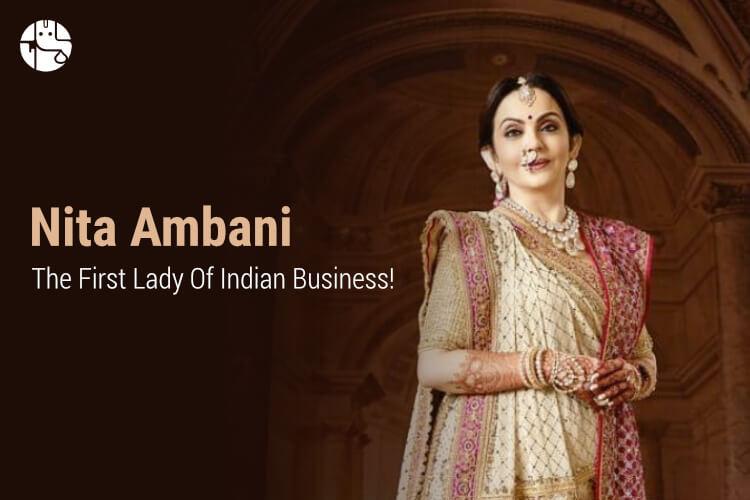 Nita Ambani, the co-owner of Indian Premier League (IPL) team, is often referred to as the First Lady of Indian Business. She has a  lot of feathers added to her cap, in terms of business, or philanthropy.

To name a few of her accomplishments:

Time of Birth: Not Known

Nita Ambani will celebrate her 57th birthday, on November 1, 1963. As per her Surya chart, Jupiter will be moving over Ketu posited in the 3rd house of her chart, and

Saturn will be transiting over Saturn posited in the 4th house.

Rahu will be transiting over the planets posited in the 2nd house of her chart. Currently, she is under the influence of the major period of Rahu and the sub-period of Ketu until September 25, 2021. After which the sub-period of Venus begins. Find out the major and sub period influencing you from Free Personalised Janampatri.

Along with Nita Ambani’s  horoscope analysis on her birthday, let’s reminisce about her hobbies and her incredible Business and Philanthropic work.

Nita Ambani has been an owner of the most successful IPL franchise, Mumbai Indians, and the current time in the life of Nita Ambani, Chairperson of Reliance is very flourishing and bright. Besides the transit of Saturn and Jupiter, Rahu period would be a game-changer for Nita Ambani. It could even have higher chances of Mumbai Indians winning the IPL Season this year. She will be under the influence of Antardasha of Venus, the Ascendant lord in her chart until the IPL is over. Venus is posited with Mars, which associates with sports and games, thereby increasing the chances of winning IPL.

Nita Ambani, along with her avid Cricket passion, is also associated with other wings of sports. She has been the head of the International Olympic Committee, and has even mentioned in the past.

The schedule of hosting Olympics by different countries is fixed till the year 2028, and as per Nita Ambani’s Kundali, the period of benefic Jupiter begins for Nita Ambani post the 2nd week of March 2028, giving her the chance to fulfil her dream, because of Jupiter, the most benefic planet in Vedic Astrology is influencing her horoscope.

She initiated the launch of the Indian Super League, as she noticed a gap in the sport, and the opportunity for it, in the country.

The launch of Indian Super League changed the face of Indian Football, leading it to reach out to the masses of our country.

Nita Ambani has been elected as the honorary trustee of the art museum. Will she have the same impact and Influence of Art as Sports and Education?

The transit of planets would have more impact on the life of Nita Ambani. Jupiter aspects Venus, and the placement of Ascendant Lord in the 2nd house may result in giving success in honorary or dignified position or status in life. Venus is associated with art, decorations, entertainment, museums, and Jupiter stands for education, youth, etc. This multi-combination would fulfill the purpose of her to reach the hearts of youngsters to understand the importance of museums, arts, etc. in life.

Passing Down a Strong Legacy

As we all know, Nita Ambani is Mukesh Ambani’s wife and a mother of 3 children. Her children are currently, actively involved in the business, and IPL franchisee. They serve as directors in JIO.

Hence, it has been widely speculated that the reign of the reliance industry will be handled by her three children. As per Janam Kundali of Nita Ambani, Saturn is yoga karaka in her Surya Kundali, and the lord of the 5th house posited in the 4th house in its sign Capricorn. Moreover, the transit of Jupiter and Saturn in the Capricorn adds positivity. The beautiful positioning of planets will maintain the reign of the family business unmatched, and successful. Know the influence of planets in your life from your Personalised Janampatri.

When she has an empire to take care of, there could be chances that health could take backstage. Prominent personalities like Nita Ambani have to work round the clock. Her Surya Kundali that Venus is the lord of the Libra Ascendant and the element of the sign is Air and mode is movable, which keeps her to work restlessly to serve the people of India. Transit of Saturn in Capricorn over Natal Saturn in the 4th house aspects the Ascendant which is its Exalted Sign, and the lord of fortune well placed in the Ascendant will make her luckier to have sound and perfect health.

Overall, the year ahead looks quite bright and promising for Nita Ambani in all her professional and personal endeavours. Get to know what the year has in store for you with our Free 2021 Report!