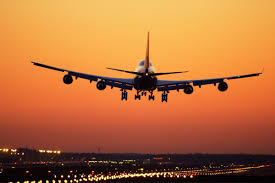 Lufthansa Airlines – Will the pilots’ strike hit the German Airlines in the Pit?

Currently in turmoil, owing to employees’ strike and daily cancellation of scores of its long-haul flights, the German Airlines giant Lufthansa Airlines has been facing a tough time since quite some time now. Lufthansa Airlines, besides its flagship brand airline, owns and operates 10 more airlines in and outside Europe. It also has a part-ownership in a many other domestic airline operations in North America and Europe. Quite understandably, the Airline has huge set up. However, much like the ups and downs in the entire Airlines industry in the last couple of years, Lufthansa too has been facing a major chaos. In fact, the ongoing pilots’ strike at the German carrier’s offices is the airliner’s 11th employees’ strike in a year. Of course, this has had a huge impact on the German Airlines’ business as a services sector company is bound to get badly hit, when its key services are stalled. Will this have a long term impact on Lufthansa’s fortunes? Or, will the situation improve in the near future? Ganesha looked at the Foundation Chart of the Lufthansa Airlines, created as per its inception date to analyse this situation and predict the way ahead.

The Foundation Planets
Since the actual time of the flagging off is not available, we have created a Solar Chart or Surya Kundali for Lufthansa Airlines. As per this Surya Kundali, Sagittarius is the Ascendant Sign.

The Kundali also shows that the Jupiter, which is the signifier of the Airlines Industry, is pretty strong Natally (from the formation itself) for Lufthansa Airlines. By default, Jupiter represents the Ether Element (Aakash Tattva) – and that is why, this planet is considered as the signifier of the Airlines Sector. The strong Jupiter can also be held as the reason behind this company’s large scale operation in the Airlines sector. In this chart, Jupiter is posited in the 5th House, which is considered very auspicious.

Currently, the transiting Saturn is passing through the 12th House in Lufthansa’s Solar Chart, and Saturn is also aspecting the 6th House in this Chart. Now, both these Houses are pretty important for any business, as the 12th House represents the Losses and Liability, while the 6th House represents Day to Day Employment, Routine and Daily Earnings. Understandably, owing to Saturn’s difficult transit through the 12th House, which also disturbs the 6th House shall add to the company’s troubles. The growth may slow down and there may be issues with authorities, employees, legal system etc. This transit has started from 2nd November 2014, and the company may have noticed a surge in its troubles around that time.

Also, the malefic planet, responsible for creating illusions and confusions, Rahu is currently passing through the House representing the overall Management of the organsisation. This transit started in July 2014, and from then on the company’s management may have found it difficult to arrive at a definite solution for the ongoing issues.

Additionally, from 9th December 2014 onwards, the transiting Jupiter shall get into a retrograde motion, and this shall continue till 8th April 2015. Now, Jupiter, besides being a naturally beneficial planet, is Lufthansa’s biggest support, and its retrograde motion may reduce its impact to a great degree. Thus, the issues at Lufthansa, to some extent, may intensify in the coming months.

Anyway, the current transit of Jupiter is taking place through the 8th House in Lufthansa’s Solar Chart. The 8th House represents rebirth, endings etc. and Jupiter’s transit from therein is, probably, causing re-surfacing of some buried issues, which need ultimate redressal.

After May 2015, and till around July 2015, some settlement or adjustment within the company may be arrived at, regarding the ongoing issues.

After August 2015, the company shall start getting back to its normal pace, feels Ganesha, and the usual business growth is also likely to be resumed, indicate the stars. There shall be a rebirth and revival of the sorts, and the Airlines shall soon be touching the sky, once Jupiter changes Signs to enter Leo, which shall represent the 9th House for Lufthansa’s Surya Kundali. 9Th House is the House of Fortune, and Jupiter’s transit from there shall lead to an overall mood of optimism and growth. Add to this the fact that Jupiter shall also be passing over the company’s Natal Moon, which indicates a more defined and higher thought process and better finances.

Ganesha wishes luck for the organization.