Kumar Mangalam may face problems till Jan 2016, but after it his business will progress rapidly, feels Ganesha 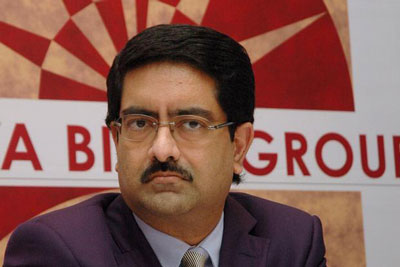 Kumar Mangalam Birla is the chairman of the Aditya Birla Group, India’s third largest business group. He was catapulted as the boss of the conglomerate at the age of 28 in 1995 after the sudden death of his father, Aditya Birla. Doubts were raised about his ability to lead the group with varied interests in textile and garments, cement, aluminum, fertilizers etc. However, under his able leadership, the group has expanded into new sectors including telecom, software and BPO while consolidating its position in existing businesses. The group employs more that 130,000 people, and has a total turnover of $40 billion with operations in more than 40 countries. Mangalam was recently in the news for purchasing the Jatia House in Malabhar Hills, Mumbai, for Rs 425 crore, making it the most expensive bungalow in the country.

Owing to the absence of the credible Birth Time, following predictions have
been created, basis a Solar Horoscope/ Chart.

How is the path ahead going to be for the illustrious business heavyweight of India?

Ganesha wishes a great time ahead to Kumar Mangalam Birla.