GST Implementation May Lead To Intensification Of Protests, Predicts Ganesha 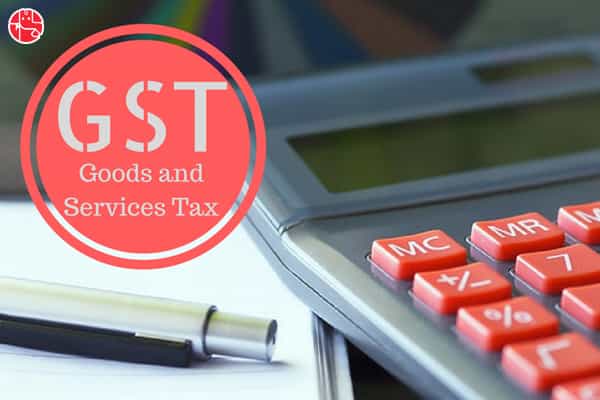 The Narendra Modi-led National Democratic Alliance (NDA) government is known for taking tough decisions, which are in the interest of people. In accordance with this trend, Modi government is all set to implement the Goods and Services Tax (GST) Act  on July 1, 2017. This decision by the Modi government is being seen as a big development in the economic history of not just India but of the entire world. In spite of strong protests from opposition parties, Modi government did not make any compromises and took the tough decision of going ahead with GST. And as per the new regime, new tax rates have been fixed for goods and services in the country.  Government is wanting to help people by implementing GST. This new tax regime will ensure lesser cost of certain important goods and help people financially. It may turn out to be good for people. But do you want to know about your financial situation? Find this out with 2017 Finance Report.

The implementation of GST is undoubtedly a historic step. But the pains which the Cental government took in its implementation is also inspirational. It should be recalled that GST bill was passed by a special session of Parliament which met at midnight. And this happened in the 70th year of Indian independence. PM Modi deserves laurels and credit for this decision. PM Modi is busy helping people. Will the country’s progress elevate your career prospects as well? Get Free 2017 Career Report and know the answer.

So, GST will come into force at the stroke of 12.00 am on July 1, 2017. The Central government has enumerated a long list of benefits which GST will serve. Like it has been claimed that GST will increase transparency in the areas of business; it will help lessen tax evasion and it will prevent the taxpayers from the hassles of multiple taxations. It is also claimed that the new tax regime will lessen the cost of necessary items and thus bring the much-needed relief to common citizens. However, only time will tell as to how far these claims will turn true. But Ganesha has here studied the horoscopes of Indian independence and GST. Ganesha has carried out an analysis to know about the future of GST and whether it will be beneficial to the people or not.

India’s horoscope has Taurus in the Ascendant and Ketu is also present there. This place also represents President, Food Processing and Energy. There may be big movements in these areas. This will strongly influence the Indian economy. The second house of horoscope stands for Commerce Ministry, Finance Ministry and the RBI governor. The presence of aggressive Mars will make Commerce Minister, Finance Minister and RBI Governor take aggressive and bold decisions.

The third house of the horoscope is quite important. This place is represented by the Information and Broadcast Ministry, Railway Ministry, Communication and Technology Ministry, Heavy Industries Ministry, Road and Transport Ministry. In this important place of horoscope, five planets are in conjunct – Moon, Mercury, Saturn, Venus and Sun. There may take place significant developments in these areas in the years to come which may accelerate the tempo of development.

The chief purpose of bringing GST is to simplify the complicated tax structure. The intention is to do away with multiple taxes (the same good or service being subject to different taxes) and hence check the rise in prices to help the citizens. It is believed that with the implementation of GST, citizens will get essential commodities at more reasonable prices. These good and services will be subject to just one tax instead of multiple taxes. The taxes which will be made into one under GST are Central Excise Duty, Additional Excise Duty, Service Duty, Service Tax, Additional Customs Duty and special additional duties being charged via customs like VAT, Sales Tax, Entertainment Tax, Octroi, Purchase Tax and Luxury Tax. The movement of Rahu in the Sukh House of India’s horoscope is responsible for this big change of GST. 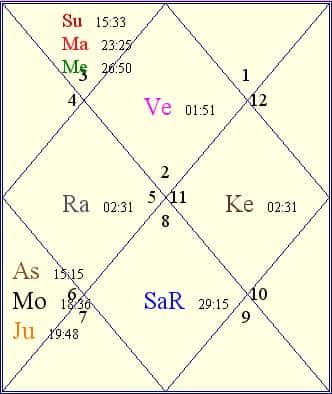 GST comes into force on July 1, 2017. Planetary positions suggest a very sensitive situation created due to GST. The aggressive Mars is present in the second house. This ill impact the economy, government tax, investors & investment, prosperity and property, government treasury and so on. In the present situation, the transiting Mercury, Sun and Mars will move there, which will add fuel to the fire.

Also, Sun and Mars will form an Angarak Yog. People may intensify their protests against the implementation of GST. The dissatisfaction in the people may lead to law and order break down and protestors may target government property. The silver line is that the long duration of Mercury transit may open the doors of growth for the Indian economy. Banking and Finance will get stronger. People will have stronger faith in the country’s economy. There is a likelihood that Finance Minister will improve the situation by his positive statements.

Rahu is transiting in the fourth house of Independent India’s horoscope. It may increase internal confusion and difficulties. As retrograde Saturn is in the seventh house, it may make the opposition take a strong and aggressive stand against GST. Opposition parties may try to instigate the people against GST. However, as and when GST shows positive results, in the long run, it may restore peoples’ faith in the government. The conjunct of Moon and Jupiter in the fifth house will play an important in the smooth implementation of GST.

Ganesha feels that the government should be careful in October and November 2017. Planetary positions suggest that government will face strong opposition from other parties during this period. The period from December 2017 to March 2018 will be challenging. This duration will cause problems for the government.

However, the economists are calling the implementation of GST a new chapter in the history of the country.